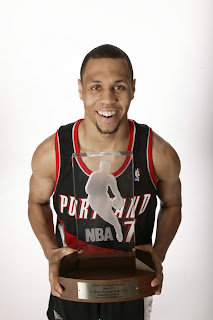 With this offseason looking to be a long one due to the impending lockout I figured why not start a feature on players the Celtics could legitimately target this offseason. So for the first "Green Target." we're going to go with 2006/2007 Rookie of the Year, Brandon Roy.

How the Celtics could get him:
Once the owners and players come to a new collective bargaining agreement, one thing is for sure is that salaries are going down. There might be a hard cap, but more likely the cap number/ luxury tax threshold will decrease. One trade off will be a one time amnesty clause for teams to rid themselves of one hideous contract. This has happened already once before in recent times (C's waived Vin Baker). For the Celtics this time the Amnesty Clause won't help them out much, since we don't have any long bloated contracts, but we could take advantage of some surprising free agents. Brandon Roy would almost definitely be one, and since he would still be allowed to retain the more than 50 million he has left on his contract he should be able to be signed for the MLE.

(Pros and Cons after the jump.) 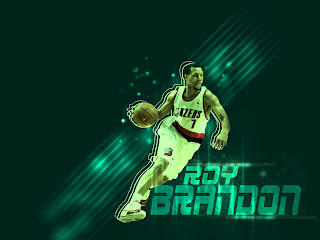 Pros: Brandon Roy when healthy is a top 10 NBA player. He can create for himself and his teammates. He could add to our bench what Jason Terry has for the Mavs all these years or Jamal Crawford has in recent years for the Hawks. If his knees hold up, he could also give the Celtics another playmaker in the starting line-up and Ray Allen could be the offensive weapon off the bench. As seen by his 18 point late game heroics in the 1st round vs. the Mavs, Roy still has a lot of game left.
Cons: Even though Roy will only be 27 next season his knees are shot. He essentially has no cartilage left in either knee. He could get hurt again and have to retire. Also, the C's have a major hole at the center spot and tying up the full MLE in a guard would mean Danny would have to get very creative to fill the center void.

Check back soon for another "Green Target."