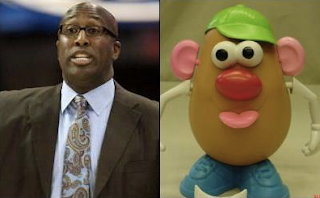 Brown brings plusses and minuses, as he is a stellar defensive coach respected by veterans like those the Lakers have. Conversely, Brown is also a questionable offensive coach, relying on offensive assistants for help in that area. He is known as a key motivator, which the Lakers could clearly use after a lackadaisical season. But there are questions about his ability to wrangle stars after the way LeBron James dominated the situation in Cleveland. Now he faces an even more ego-heavy locker room.

People bash Brown, but he did lead basically Lebron and garbage else to a few nice seasons. He's nothing great mind you, but I don't think he's horrible. That said, I'm very glad we have Doc Rivers on our sideline.