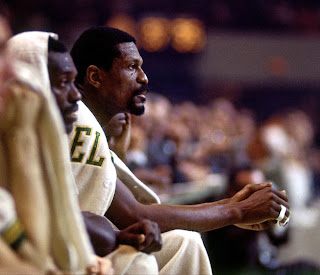 
The Boston Celtics Shamrock Foundation in partnership with the newly formed Bill Russell Legacy Committee announced today they will erect a statue of Bill Russell in the city of Boston designed by a local artist. In commemoration of Russell’s accomplishments as the greatest champion in the history of professional sports, as a national leader in human rights and as a dedicated advocate for youth mentoring, the Bill Russell Legacy Project will also develop a Mentoring Grant program in Russell’s name to ensure his passion is carried on by expanding the resources for mentoring programs in the city of Boston.

Nice to hear that this has finally come to fruition. Next up we NEED to get Johnny Most finally into the Hall of Fame.