What the Hell Happened to...Marlon Garnett? 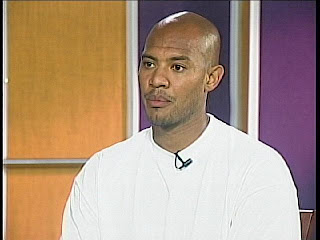 If I told you there was a player that wore Ray Allen's jersey# and had KG's last name, would you think he'd be an amazing player?  Did you know there was a #20 that played for the Celtics with the last name Garnett?  And he was a teammate of Paul Pierce?  You probably don't.  But you should remember, since anything was fair game with the Evil Emperor in charge.  This week in WTHHT, we remember Marlon Garnett.

Marlon was a college teammate of Steve Nash at Santa Clara, but arrived after Nash's freshman year where they upset Arizona as the #15 seed in the NCAA tournament. 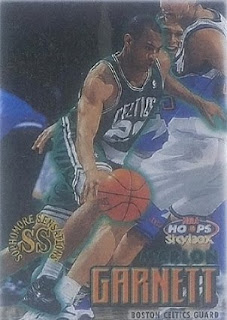 Marlon received his call-up to the Celtics on February 12, 1999.  That was the lockout shortened season.  I actually attended 2 Celtics games that season and although I got to see Eric Riley play twice, Marlon didn't appear in either contest.

He'd appear in 24 games that season, averaging 2.1 points in a bit more than 8 minutes a night.  After that, Garnett claims "injuries cut his NBA career short."  He went on to play in Turkey, Spain, Italy, and Crotia. 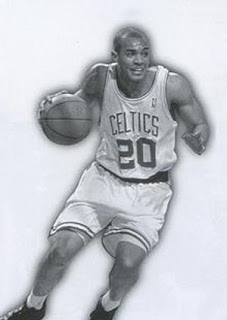 Today Garnett is still in the public eye.  I'd consider him in the mold of Andrew DeClercq, Bart Kofoed and Jimmy Oliver in that Marlon is still involved in basketball but also very much connected to his faith.  He heads up the Team Garnett Basketball which is probably a tough-sell in my opinion if it doesn't involve Kevin Garnett.  [It's too bad Marlon's last name isn't "Garrett", like Dean Garrett.  He's pretty forgettable and "Team Garrett" could probably be branded much better.]    You can see from his site he talks strongly about his faith too.

Marlon is married to his wife Anais and has two girls, Amaia and Sarai.  They reside in Charlotte, NC.

But alas, Marlon's not done balling himself!  He plays for the Mahram Basketball Club in the Iranian Basketball League.  Unfortunately if you click on the above link to Marlon's page, his name is spelled wrong and it links to Loren Woods, he of former Toronto Raptor fame.  However if you scroll around the rest of the site (try doing it in English unless your fluent in reading Persian right-to-left) you'll see pictures of Marlon on the site, including this one, where it looks like he ate something bitter.

And for the record Marlon and Kevin aren't related (although you may know KG is related to this guy).