Shaq Track: He's not playing in Game 4 either 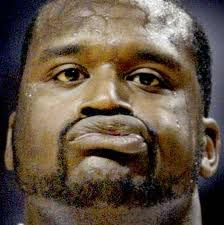 
Boston Celtics coach Doc Rivers ruled Shaquille O'Neal out for Sunday's Game 4 of the Eastern Conference quarterfinals against the New York Knicks, noting the 39-year-old center simply is not ready for game action.

O'Neal was present at Madison Square Garden on Saturday as the Celtics engaged in a walk-through after watching film at the team hotel.

"He's not playing [Sunday]," said Rivers. "We didn't do anything to see honestly. We didn't practice, we just walked through. I'm not going to put him out on the floor."

Not a huge suprise honestly, and in the last Shaq Track I said it's probably best if he sits out this series unless it goes past five games. Though in the Forsberg article Doc says that if he was game ready he would play him.

"[He'd] play, because I think he needs to play," Rivers said when asked if he would have utilized O'Neal even with a lopsided series edge. "I think he needs games and I think he needs practices. If he could play [Sunday], we'd play him a little bit, just because the fact that he hasn't had a practice, but he needs live basketball."