What the Hell Happened to...Stacey King?

He is probably most famous for his quote: 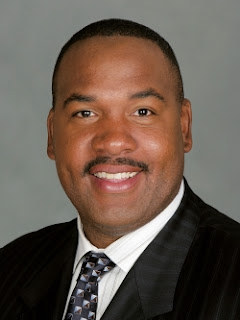 This was in relation to the game MJ had 69 and this week's WTHHT player, Stacey King, had 1 point.  That pretty much sums up his career there.  And although he's primarily remembered for being a Chicago Bull, he did play 5 games for the Celtics in the 1997 season.

King was the 6th overall draft pick in the 1989 draft and the Bulls had big expectations for him.  As a Junior at the University of Oklahoma, he helped lead the Sooners along with Mookie Blaylock to the NCAA Championship game, where they lost to Kansas by 4 points.  At 6'11, he played the power forward and center spot (clearly he'd be one of the biggest centers in today's NBA).  After an optimistic rookie season in which he made the All Rookie second team, his career would never pan out to anything (in that context it's startling how much he had in common with Eric Montross).  He'd play 5 seasons with Chicago, winning 3 titles.  But he never averaged more than 15 mpg in any of the three championship years.  Instead an aging Bill Cartwright continued to start and King was lumped in with Will Perdue and Scott Williams as backup big men on the first 3peat the Bulls had.  Which was sad since King had much more talent.


Far and away the most amazing thing King did was be on the floor for this play, which as far as I'm concerned, is probably the most fantastic basketball play in the last 20 years:


Not surprisingly he falls down.  Oh and Starks TOTALLY walks at 0:03 into it.  Should've been a turnover right there.  I bet Charles Smith wishes it was. 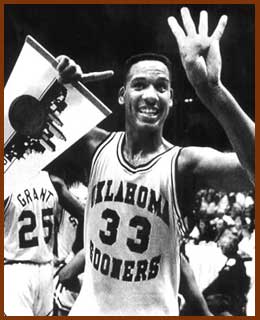 Chicago wound up making a good move shipping King to the Timberwolves for Luc Longley.  While Longley was far from spectacular, he'd be the starting center on the 3 Bulls title teams of the late 90s and was definitely more serviceable than King.

As for King, he'd play in Minnesota for 2 forgettable seasons.  He latched onto the Miami Heat for the 1996 campaign before signing with the Celtics in March of 1997.  He'd wear #41 and play 5 games for that season. When he signed he didn't know the plays or really why he was even going to Boston other than his agent David Falk told him to (from Michael Holley courtesy of the Boston Globe):

The newest Celtic says he doesn't know much about his new team. His agent, David Falk, simply told him that San Antonio and Dallas were interested in him, but Boston was where he needed to go.
So Stacey King pulled on a No. 41 green-and-white jersey last night and tried to become more comfortable with a 10-day contract and his Celtic teammates.
"I don't know any of the plays at all," he complained. "I don't know what we're supposed to be running."
Todd Day heard this and said, "Oh, don't worry about the plays. That's the last thing you have to worry about."


[Tangent time: that 1997 bunch was literally the basketball version of the movie Major League.  Obviously Boston was in Tank-Mode to win the Duncan sweepstakes but the similarities are striking.  Antoine Walker was the young prospect like Willie Mays Hayes.  Alton Lister was totally Ed Harris, the crotchety-washed up pitcher.  David Wesley and Dana Barros were Roger Dorn and Jake Taylor respectively, consummate pros.  Brett Szabo looked like Ricky Vaughn, even though Vaughn could throw 100 mph heat and Szabo flat-out sucked.  But the Celtics weren't trying to get poor attendance to move the team to a warmer climate stadium; they were just trying to draft Tim Duncan.  Good try ML Carr]. 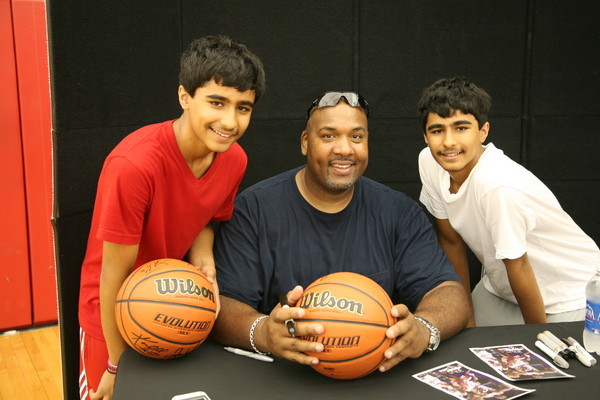 After his 10 day contract King was waived.  But King left bitterly (via Michael Holley, Boston Globe 4/11/97):

King ripped the Celtics for what he believed to be a lack of practicing and teaching. He said he felt he should have had more playing time over the length of his 10-day contract. He chose not to re-sign with Boston because he wanted to get into a better situation. Guess which team he signed with yesterday? The Mavericks.


He'd play 6 more games for the Mavericks after that and as fast as you can say "peace, see ya later," King was out of the league.

The bottom line: King never became the player he should've become on the Bulls.  If he had lived up to his hype from college, the Bulls would've been even more dominant than they were in the early 90s.  Today he does the TV broadcasts for the Bulls games and as fellow Celticslife fans pointed out earlier when they got to have the Bulls feed on League Pass when they played the Celtics, was irritating to listen to.  He also apparently has his own line of clothing.  Some of his shirts include "The White Mamba" although I'm not certain if it's in relation to Scalabrine or not.

Really?  Stacey King has a clothing line?  Why couldn't it have been someone cool with it like Marvin Barnes or Ronnie Grandison?  So I could actually buy something.

Lastly, feel free to indulge yourself in the Stacey King soundboard.