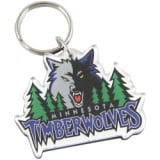 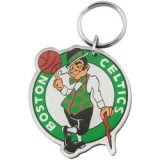 Minnesota Timberwolves (9-25) at Boston Celtics (25-7)
Monday, January 3
7:30 PM ET
Regular Season Game #33 – Home Game #16
TV: CSNNE FSNN-Min, NBA LP 753, 754
Radio: WEEI, KFAN
TD Garden
Referees:   Bennett Salvatore,  Courtney Kirkland,  Eli Roe
Last season, the Celtics won the series 2-0.  Paul Pierce led the Celtics with an average of 19.5 points per game while shooting 85.7% from three,  Rajon Rondo averaged 15.5 points and 10.5 assists against Minnesota last season.  Al Jefferson led the Timberwolves with an average of 19.0 points and 7.5 rebounds per game.   Kevin Love recorded a double-double of 15 points and 11 rebounds in his only game against Boston last season.  The Wolves have changed considerably since then, however, with only Kevin Love returning from the lineup they started last season. The Celtics have won the last 7 meetings between these two teams.

The Celtics are playing in the second of back to back games and are in a tough stretch of 10 games in 15 days.  And, they are doing it short handed with KG out along with Perk and Delonte who both may be returning sometime this month.  The Celtics got a boost with the return of Rondo against Toronto.    With key players out, fatigue is certainly going to be a problem for the remaining players.   Paul Pierce turned his ankle coming down after a dunk at the end of the Toronto game.  Reports were that it was tender but didn't swell and so he should be available for this game.

The Wolves are 3-7 in their last 10 games and are just 2-17 on the road while the Celtics are 7-3 in their last 10 games and 13-2 at home.  The Celtics are 5-3 in the second of back to back games.  Minnesota is allowing a league high 108.9 points per game.  With Bennett Salvatore officiating, anything can happen as we have seen in the past.  The Celtics shouldn't take the Wolves for granted, however because they have won 3 of their last 4 games and are playing very well right now.    Even tired and shorthanded, this is a game that the Celtics should win if they take care of business and come to play.

Glen Davis vs Kevin Love
Love is averaging a double double and has been putting up big numbers for the Wolves this season.  Big Baby will need to crash the boards and up his defense to prevent Love from having a very big night.

Paul Pierce vs Michael Beasley
Beasley has moved to the small forward position and is playing very well.  He has both an athletic and a height advantage over Pierce.  Pierce will need to play well and smart to get the best of this matchup.
Keys to the Game
Defense - The Celtics must make defense a priority in each and every game.  Defense wins games and championships.  Minnesota is allowing a league high 111.3 points per game and so if the Celtics bring their defensive mindset they should be able to win this one easily.
Rebound - The Wolves are a very good rebounding team.  Kevin Love is a beast on the boards and has had a 30 rebound game already this season.  The Celtics must box him out and make an extra effort on the boards to prevent second chance points for the Wolves.  The Timberwolves are third in the NBA in total defensive rebounds and are second in offensive rebound percentage.  The Celtics allowed Toronto to get 19 offensive rebounds and that is unacceptable.  They simply have to make a better effort on the boards.
Limit Turnovers - The Celtics have reverted to turning the ball over way too much.  Having Rondo back should help with that, but they must make an effort to take better care of the ball and value each possession.   Points off turnovers could be the difference between a win and a loss.
Play 48 Minutes - The Celtics have gotten into the habit of slow starts and then having to climb back into it or getting a lead and then letting up.  They have to play 48 minutes and start out quickly and then finish strong.

X-Factors
Fatigue and Home Court
The Celtics may be fatigued from their busy recent schedule that includes a game last night along with having to fill in for missing players.  But they are home and the home crowd should energize the players and lead them to a win.