Winning close games is the sign of a true champion 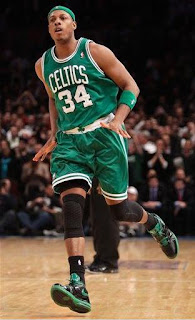 This Celtics current 14 game winning streak hasn't been a thing of beauty. They've had to claw out most of their victories in the final minutes. The Celtics have been without nearly half of their top rotation players at some point during the streak. Still they battle on and keep winning games.

14 wins in a row is an amazing accomplishment in the NBA especially for a team as old as the Celtics. One would think they'd take a night off or a couple bounces wouldn't go their way, but somehow they've been able to pull out these victories.

For some this might be a sign that they aren't as dominant as their record indicates. For me, it is just the opposite. I'd rather win by 2 than 30 because it is better preparation for the playoffs. We're not going to blow out the Heat, Magic, Lakers or Spurs or whomever else we play in the playoffs by 30 every night. It is going to come down to a few possessions at the end of games. Whoever is most battle tested will win.

We need home court this year. I know that last year we were able to turn it on, but we just can't expect that to happen two years in a row. Luckily, I think we can still get home court without our starters logging too many minutes. Our depth this year is just so good.  Before the season I would've said we couldn't go more than a game or two without Rondo, but Nate has done a great job as his back up. With Delonte and Perk back after the All Star break and Glen Davis playing like a man on a mission,  we'll be able to rest the Big 3 more. All in all, though these close games have given me several near heart attacks, I see it as a positive and something that will benefit this team down the road.

What do you think? Would you rather have the Celtics be blowing out teams or squeaking out victories?