What the Hell Happened to...Dino Radja? 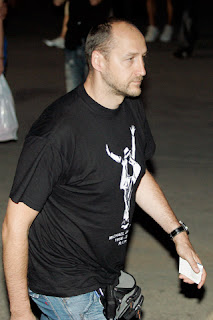 Today in WTHHT, we remember an international star from Croatia, not as famous as this guy or this guy, but definitely more famous than this guy.  You probably remember Dino Radja.

Dino was picked in the 2nd round by the Celtics in 1989 with the 40th overall selection (the C's first round pick that year was this clown, who couldn't shine Dino's shoes as a ball player).  As you could tell from the above references, the former Yugoslavia (which became Croatia and Serbia) was stockpiled with great basketball talent.  In addition to Drazen and Kukoc, Vlade Divac was also from there (amongst other ballers like Zan Tabak and Peja Drobnjak and Zarko Paspalj- those guys all are all real players if you don't remember them).  However Dino wouldn't come over until the 1993-94 season.

That Celtics team was brutal and Dino was one of the lone bright spots.  Reggie had just passed away and the Celts weren't granted any salary cap flexibility.  So we were forced to watch the likes of Jimmy Oliver, Todd Lichti, Chris Corchiani, Acie Earl and Matt Wenstrom all try to play with the Celtics jersey on.  It was rough to say the least.  But Dino was terrific.  A great shot from the foul line extended, and very solid post-up moves around the basket, he'd average 15 and 7 in 29 minutes a night, starting 47 of the 80 games he played.  If you watched the Celtics that season it was crystal clear he was their best player. 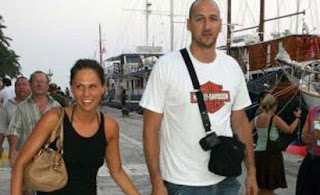 The next season, 1995, ML Carr would bring on Dominique and Pervis Ellison in hopes of making a splash.  And while Dominique was the leading scorer (at 17.8 ppg) and the Celtics made the playoffs as an 8th seed giving Shaq & the top seed Magic absolutely all they could handle in the first round, it was Dino right there helping lead the way.  He started in 48 of the 66 games he played, averaging 17.2 ppg and 8.7 rpg in 32 minutes a night and would play the only 4 games of his NBA playoff career.

In 1996, Dino would play just 52 games and averageda career high in points.  The following season, known as Tankapalooza for Tim Duncan, he appeared in just 25 games.  When the Evil Emperor took over that summer, he attempted to deal Dino for Clarence Weatherspoon and Michael Cage (which I really wish in hindsight the C's were able to do since they would've been FANTASTIC for WTHHT.  Alright, alright, I couldn't resist looking up Spoon and although I wasn't able to determine what the hell he's doing, I couldn't help but share this picture from 2008 of him.  And check out this website for Michael Cage, with sound!  LOL!  The music.  The jerry curl.  Ah how much fun would we have had with this).  However Dino failed his physical and our dreams for a WTHHT Clarence Weatherspoon were shattered.

Radja wound up getting waived by the Celtics and returned to Europe.  He spent two seasons with 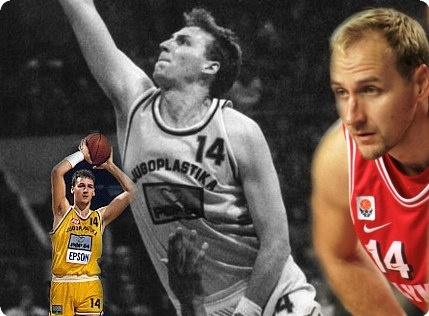 Panathinaikos BC where he won 2 Greek Championships.  In 1999 he returned to Croatia to play for KK Zadar.  In 2000 he returned to Greece to play for Olympiacos BC, in an unsuccessful attempt to regain the Greek Championship.  After that, he returned, once again, to Croatia, (starting to sound like Mark Jackson going back and forth to the Pacers and Knicks) joining KK Cibona for the 2001-02 season. Radja finished his career in 2003 in Croatia with KK Split.

Bottom line: Radja could play.  He was on the god-awful 1994 team but remember had been drafted back in 89.  I wish he had come over in 1991- he likely wouldn't have gotten that much time on that stacked team (although he would've played over Joe Kleine) but I wish he had the chance to play alongside Bird and McHale.  Today he'd without question be a center (even though back then he played power forward).  If you never got to see him play, think of a superior version of Nenad Krstc.  A better shooter, rebounder, defender and more athletic.  I mean the better comparison to Radja in his prime would've likely been a poor man's Kevin McHale overall with more athleticism.  A less athletic Tom Chambers without the perimeter oriented game.  Alright, I give up- Dino was his own man!  Check this move out for good measure against the Dream Team of all opponents to make your own judgement:


Today Dino resides in Split, Crotia with his wife Victoria and is the President of KK Split, a team he used to play for in Croatia.  I'm not entirely sure if "President" is comparable to what Danny Ainge or Larry Bird do for the Celtics and Pacers (General Manager) or more of what Michael Jordan does with the Bobcats (majority owner).  However glad to see Dino busy, unlike someone else we've reflected on.