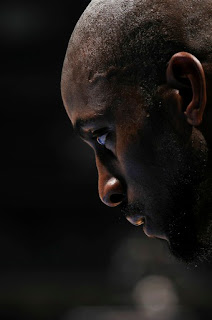 Two months have passed and the Celtics roster has experienced all sorts of physical nuisances. As this team has showed since it was assembled in the summer of 2007, the psychological strength and winning attitude has overcome any kind of injuries. But with the development of this year of 2010, things have slowly walked into a nerve wrecking waltz into the world of injuries. The team's psyche has been attacked like no other championship team has ever been tested before.

It all started with Perk's crucial injury in game 6 of the Finals. We lost our rock in the defense, our starting center. Already without the explosiveness of Garnett following his knee surgery months before, the team had relied upon the big shoulders of Perkins to hold the likes of Howard and Bynum in the playoffs. To add more trouble, it seemed visible that the only healthy big body wasn't truly the tallest one (Davis) against the best Gasol ever. Rasheed Wallace's back was nailing him to the floor, the spasms so unbearable that he was unable to play for extended minutes and ultimately forced his retirement in August.

Everybody has agreed that without Perkins we really lost half of our battle for banner #18, even the Lakers fans admit it. The other half of the loss we will never agree on. What is true is that injuries played a vital role at the end of the 2009/10 season.

With some new faces, new stunning resumes, and fresh legs the Celtics started this 10/11 season with new impulse. Armed with the spirit of revenge against the gods and odds of sports, we have cruised to a 24-6 record in the first 30 games of the season. The team has fought hard and proved they are still the best team oriented squad in the league. Celtics and Spurs, the oldest contenders have shown that they are the best coached and best equipped teams in the entire NBA over the hype of the rest. In the process, the Celts have experienced all sort of injuries: knees (Jermaine and Perk), ankles (Rondo, Bradley), calves (Shaq and now KG), back (West, Wafer, Rondo), shoulders (Erden)...the Celtics body has been breaking down little by little. And until today, the collective soul, the ubuntu spirit and the legend of the Celtics jersey has prevailed over all these physical limitations. 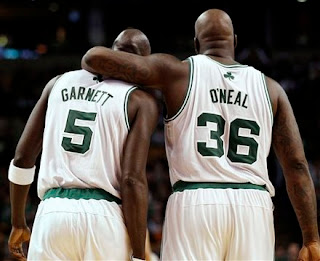 But today, right at the end of the 2010 year, I hereby declare to the gods of sports that it is enough. Enough with the injuries already. We have been shown that injuries can be a part of this game, we have been reminded that in the end it all depends on the players health and their ability to sustain pain and remain on the floor. We know that no matter how Phil cries, the referees fool and Stern rules...in the end is a game won by the five men that remain on the floor when the clock winds down and the ball is in their hands. Ten players out of our fifteen men roster have been punished already and not only the oldest ones. Rookie Avery Bradley lost the first months of his young career due to injuries, our youngest All Star Rajon Rondo has already lost a third of the season and even Semih Erden has been playing with a hurt shoulder...

For all of the above, I think it is time for the gods of sports to reverse the tendency upon us. We have had our share of injuries, we have learned the lesson. We have understood. Now please give us back Perk, Delonte and Rondo. And please let today's feared MRI show that Kevin Garnett's leg is fine and that he will be ready to continue his awesome season next week, with the new year of 2011.

Let us play without the physical pain to show that in the end we can beat the psychological battle against the weigh of Time and the whiplash of Age.