What the Hell Happened to...James Blackwell? 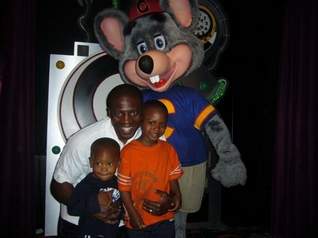 In this week's WTHHT, we look back on a player who grew up near me. James Blackwell attended Fox Lane HS in Upper Westchester County NY, not too far from where I lived.  After a spectacular high school career, James went to prep school for 1 year at Deerfield Academy in Massachusetts.

After getting his grades where he needed them to, he was accepted into prestigious Dartmouth College where he graduated in 1991.

During the summers of 1993 and 1994 I would go to the Westchester County NBA Summer League in White Plains.  This was a really cool experience for me as it brought me face to face with Shawn Bradley, Calbert Cheaney, and Greg Anthony, all whom I received autographs from.  I got to see Conrad McCrae ride his bike to the game weaving in and out of the traffic congestion near the County Center.  My brother got a sneaker from Todd Day after 1 game.  And we also got to follow Dwayne Schintzius in his tiny Mercedes coupe that he drove from the back seat.

James Blackwell was on the Celtics team during that summer of 1994.  Wearing #8 and barely standing 6'0, he played pretty well (but not as well as Wesley played, who looked like the second coming of Oscar Robertson in those leagues).  If you never got to see James play, the guy I really thought his game was somewhat similar to was Mike James.  Blackwell just wasn't as tall as Mike.  But he was a quick and powerful guard, one of the guys that would be described as "pound-for-pound" a really tough player.

During that 1994-95 season, James started with the Hornets where he'd play 4 games but was released in December of 1994.  The Celtics hadn't forgotten about him and in February of 1995, signed him for two 10 day contracts.  Blackwell at the time had said he had not been following the Celtics and was "very shocked and surprised" to have been called up. He was playing well for the Pittsburgh Piranhas when the call-up came.  He came because the Celtics only had one healthy point guard at the time, Sherman Douglas.  His first practice was memorable, according to Peter May of the Globe:

At his first practice, Blackwell saw Xavier McDaniel kick over a chair and swear at just about everyone, saw Sherman Douglas throw a ball over a huge curtain and then was subjected to a 90-minute team meeting.  Welcome to the NBA, kid.

"I feel rewarded for the hard work I've put in. It's been fun," said Blackwell after yesterday's practice session at Brandeis. "At the same time, it's been a little disappointing because I want to win and the team isn't winning right now. I'm trying to do everything I can to help.  I gave myself a timetable. Even though I didn't make the NBA the first 2 1/2 years or three after college, I felt I was growing as a player and a person, making the contacts to help me when basketball was over."

In total he'd play 61 minutes in 9 games for the Celtics and score 14 points on 6 of 10 shooting, grab 8 rebounds, dish out 6 assists and come up with 3 steals.  Just like in the summer league, Blackwell wore #8.

After his NBA days James played overseas in France, Spain, Italy, Israel and Turkey, until he retired in 2002.  While in France he won a title with Michael Ray Richardson.

Today James lives in Lawrencville, GA with his wife and three children.  He works as a Sales Rep for Cintas Corporation.

So there ya have it.  While it's disappointing that the only picture I could find of James is him with his boys at Chuck E Cheese, have no doubt that he's in my mind from his days at the Westchester County Summer League, where guys like Todd Day, Dwayne Schintzius, and David Wesley all made a name for themself.  Just like this guy was the last player to wear #34 before Paul Pierce, James Blackwell really was #8 before Antoine.

James is involved in the Suwanee Sports Academy and seems to be going more often by his birth name of Emmanuel.  Here's a cool video where he describes what the program consists of as well as gives us an overview of his basketball career: