What the Hell Happened to...Andrew DeClercq? 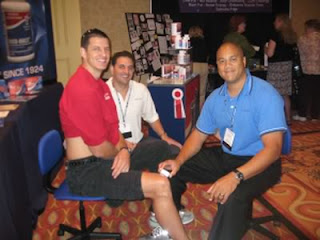 This week in What The Hell Happened To, we remember the career of Andrew DeClercq.  After a junior season in which he helped lead the University of Florida to the Final 4, Andrew was selected by Golden State in the second round of the 1995 draft by the Warriors.  He'd play with the Warriors his first two seasons which means in his second season, he was teammates of the immortal Todd Fuller [Early Tangent time: Look at this draft.  I mean look at it!  Who is unequivocally the least productive player of the top 21 picks?  It's Todd Fuller by a landslide.  Don''t even think of mentioning Dontae' Jones who only played 15 games in the NBA- Fuller wasn't half the player Dontae' was.  I just don't understand how Fuller was drafted over Bean, Nash, Jermaine, even Tony Delk.  Looking at that list, you can bet pick 22 will have a WTHHT article about him sooner than later]. 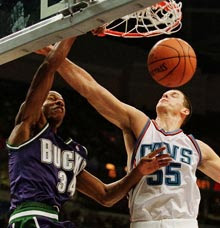 After those first two years in Oakland, DeClercq signed on with the Celtics in the summer of 1997 with the Evil Emperor at the helm.  During his first year with Boston he'd start 49 of the 81 games he played in.  He played Center with Antoine at the 4.  The next season, 98-99, was the lockout shortened campaign.  Andrew would play 14 more games for the Celtics before getting dealt for Vitaly Potapenko. 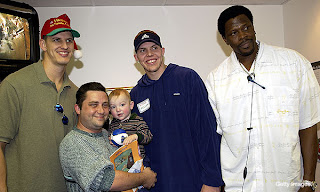 For his career he averaged 4.8 ppg and 4.2 rpg.  He actually lasted 10 seasons in the NBA, which must have been a testament to his hard work.  Because when you think of Andrew DeClercq, you can't really remember any one thing he was great at.

Today Andrew is involved in many different things in Clermont, Florida, where he lives (no idea if this is near Windmere, Florida; if so please feel free to contact Michael Stewart who seems bored out of his mind). 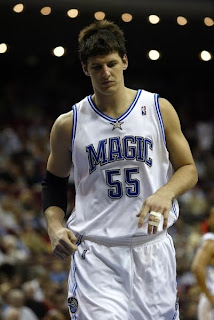 First off he heads up DeClercq Basketball LLC, which involves camps for youngsters as well as individual training. (Be sure to check out that website. So what's uglier that or Zan Tabak's masterpiece?)  He's the Assistant Boys Basketball Coach of Montverde Academy.  He also promotes the HighPoint Church of Orlando which he helped get started.  The story goes:


A discipleship relationship between Pastor Keith and then-Orlando Magic player and 10-year NBA veteran Andrew DeClercq grew into an outreach to Orlando's athletic community. As Magic teammates and other professional athletes responded to the Gospel, momentum began to build for a larger move of God. As the athletes began to reach out to their friends from the Orlando community, it became clear that God wanted to see a new church established. In July of 2005, Pastor Keith and Jennifer moved to Orlando and HighPoint Church was born.


No word on whether Michael Stewart can maybe land a job as a new pastor alongside Pastor Keith Tower.