What the Hell Happened to...Artis Gilmore? 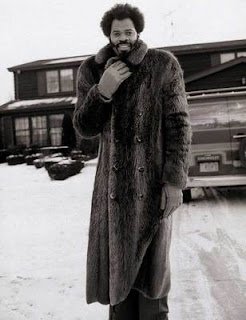 This week we remember the A-Train, Artis Gilmore.

Let's get one thing straight right off the bat: Gilmore is far and away the best player we've looked back on in in the WTHHT segment (sorry Otis Birdsong).  In fact he might be better than all the other players combined (sans Otis).  A 7'2 giant who dominated back when real big guys played (unlike the puny guys in today's diluted, over-expanded NBA) who with his afro was 7'8, I couldn't think of Artis when the Celtics signed Shaquille O'Neal.  For those of you not familiar with Gilmore, it's an atrocity he's not in the "Basketball" Hall of Fame.  I emphasize the "Basketball" part because it's not the "NBA Basketball Hall of Fame" otherwise guys like Bobby Hurley Sr wouldn't be inducted in with Karl Malone and Scottie Pippen.

Again his time with the Celtics was so brief, at the end of his legendary career, I couldn't think of the similarities recently when Shaq signed with Boston.

Artis' first 5 years were in the ABA for the Kentucky Colonels, where he lead the league in rebounding 4 of those years, averaging 17 rebounds per game, to go along with 22.3 ppg and 3.4 bpg.  He'd move onto the NBA to play  for the Bulls in the 1977 season.  He'd play for Chicago for 7 seasons before going to the Spurs for 5 more seasons.  In the 1987-88 season, he started with the Bulls but would sign on with the Celtics in January of 1988.

In fact the first Celtic game I attended was Monday, March 28 of 1988.  Robert Parish was injured for the Celtics so Artis got the start.  He was a total shell of his former self at that point, being 38 years old (ironically the same age of Shaq for this upcoming season).  For the year he averaged 3.5 ppg and 3.1 rebounds in 11 minutes a night.  And he even played in the 1988 playoffs for 14 games.  That was the year the Celtics bench was horrendous (thanks Mark Acres) and they lost to Detroit in the Conference Finals despite having home court advantage.

So why isn't he in the Hall?  Is it a Mitch Ricmond-esque case of being on too many poor teams?  He made the Playoffs a couple seasons with the Bulls and several seasons in San Antonio.  Making the playoffs in 1980 wasn't as easy as say 1984-86, when 16 of 23 teams would make it.

Obviously I didn't get to see Artis play.  But his career stats match up with the best centers of all time.  Julius Erving wasn't penalized for starting in the ABA.  I don't think Artis should be either.  In fact, let's promote this event:

Ok, ok so I stole that from somewhere else.  But it'd be an amazing day here at Celticslife if one of our WTHHT Stars was inducted into the Hall.  Here's an excellent article by Gene Frenette about why Artis should be in the Hall of Fame, and an excerpt:

Comparing Gilmore's numbers to several Hall of Famer big men from around his era - be it Bob Lanier, Nate Thurmond, Willis Reed or Bill Walton - reveals no major statistical gap. In fact, the man known as the A Train trumps all of that Fab Four in points and rebounds during their pro careers.
And if you go by what Gilmore did in two Division I seasons at Jacksonville, where he still holds the NCAA record of 22.7 rebounds per game, his case for Hall inclusion becomes as formidable as his post presence was to every opponent who had to contend with him.
"It's unbelievable that [Gilmore] is not in the Hall of Fame," said George Gervin, his former teammate with the San Antonio Spurs and a Hall of Famer himself. "I'm in the Hall of Fame because I was a prolific scorer. But Artis was a prolific rebounder and shot-blocker, as well as a scorer.

So there you have it.

The weirdest thing I think I've actually ever seen is this infomercial for Stahlin Enclosures.  Please watch the entire thing as it's extremely entertaining and features Artis Gilmore.  Gilmore is dominating the Belden All Stars (a kid team) in basketball but then they bring out this giant cabinet and all of a sudden Gilmore is helpless:

Why does the ref toss Artis at the 4:02 mark of the video?  I think this was unfair.  If anything the kid's team had too many players on the floor.  Artis should get some technical free throws to shoot.  I demand a rematch. 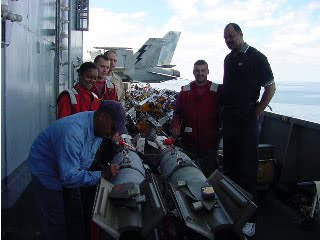 The most recent news on Artis today is that he works for WW Gay Mechanical Contractors, in the role of Project Development.  Regarding this role he says:


We do commercial estimating, HVAC, design/build a whole host of things.  I am currently involved on customer relations and private development.  It is very satisfying work.

He also apparently does promotional speaking.  The website is www.artisgilmore.com, and if you visit it you get to see Artis talk to you.  It's great stuff!!

Lastly Artis also appears to have a blog, which you can visit here.  It's funny in one of his recent posts he discusses an illegal move to get away with while playing.  Enjoy!

Here’s a little tip to all you Rec League ballplayers (although I’ll deny I said it) --- referees rarely see fouls that happen below the waistline! A sociable clamping of the thumb and pointer finger onto a guy’s hip will, at the very least, annoy him and take his mind off the game. Add a little extra pressure by using your body weight to press downwards and he might jump sideways but he won’t be jumping too high vertically! This is a nice little way to get to know your opponent when you are guarding a low post player who works with his back to the basket. It’s also an effective way to make friends with a guy who’s gained position on you for a rebound!

***Addendum: 4/9/11- Artis is FINALLY inducted into the Hall of Fame!  A lot of notoriety for this and  Kevin McHale went so far as to don a wig in Artis honor!