What the Hell Happened to...John Bagley? 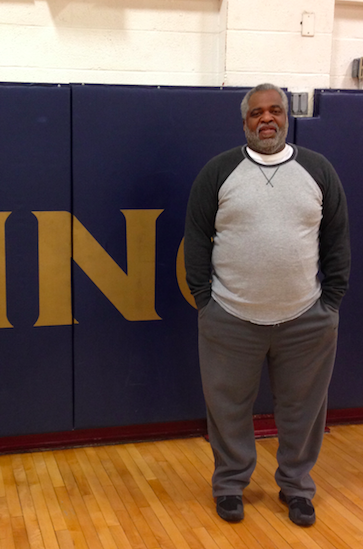 Bagley was drafted with the 12th overall pick in the 1982 draft by the Cavs.  He'd play his first 5 years in the league for Cleveland.  After being traded to the Nets in 1987 for the corpse of Darryl Dawkins, Bagley would have his highest scoring output when he averaged 12 ppg in 82 games, 74 of which he started. 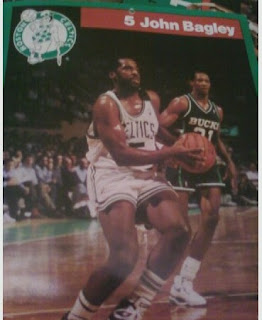 He'd play one more season for the Nets before being traded to the Celtics in October of 1989, likely to make up for the departed Brian Shaw, who had left after his rookie season to play in Italy.  He'd play with the Celtics for 54 games that season, which was Dennis Johnson's last year.  He wasn't resigned by the Celts after that year, but wound up returning 2 seasons later for the 1992 campaign.  This would easily be Bagley's best run with the Celtics.

He'd go onto play 73 games for the Celtics that year, starting 59 of them.  He'd also start all 10 playoff games.  His play down the stretch of that year was amazing.  Despite being a stocky player, he deceptively would get around his defenders with consistency.

After that year he actually played 10 games for Boston in the 1993 campaign, but if I remember it correctly, was playing on 10 day contracts.  The following season he'd play 3 games for Atlanta and then would call it a career. 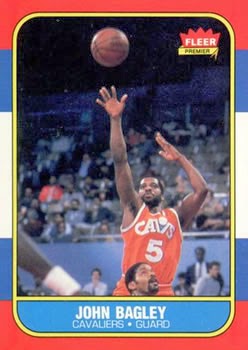 Looking back on his career, I was never that big a fan of Bagley as a starting point guard.  He did have that amazing run to end the 1992 season where they won 15 of 16 games.  I specifically recall the penultimate game that year against the Pistons, when Bagley banked in a clutch 3 pointer from the corner en route to victory. [Tangent time: I remember that season like it was yesterday, since Boston came from way behind the Knicks to win the division and get the #2 seed in the playoffs.  I remember hearing Larry Bird talk when I was younger, mentioning how you have to be playing your best basketball going into the playoffs in order to win it all.  Well the Celtics won their final 8 games and 15 of 16.  I thought that would carry over to the playoffs.  It only did for 1 round, the sweep of Indiana.  I guess I shouldn't fault Larry for saying it.  I mean who knew that teams like the 2010 Celtics existed who could literally flip a switch come playoff time].  But when Sherman Douglas was acquired for Brian Shaw, I was dumbfounded how Bagley got the starting job.  I understand Douglas was injured quite a bit that year, but he was better than Bagley.

I suppose John made the most of his abilities to play as long as he did in the NBA.  If you looked at him, he would've been the last player picked in most pick-up games.  Short, stocky, and unathletic looking, he was the antithesis of Rajon Rondo.  But he played 11 years in the NBA which says a lot. 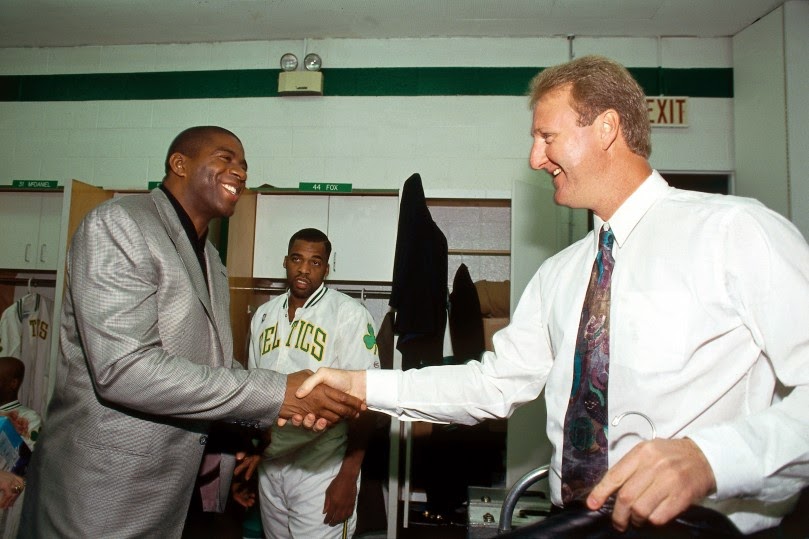 Bagley used to live in Elgin, Illinois.  He has a daughter Janelle, 18, and a son CJ who is 15.  He was the head basketball coach of Harper College in IL up until the 2007 season.  So if you're like me, you waited anxiously for October 17th to occur.  That's when John was getting inducted into the Fairfield County Sports Hall of Fame in CT, for his outstanding high school career in the Bridgeport area.  To my disappointment, John didn't attend due to "personal reasons."  What were these personal reasons?  Did he want to deny the Celticslife faithful the opportunity of an updated photo?

Seriously I'm bummed about it, but I'm glad I didn't attend, since I was considering it.  Of course if I went, I would've gotten to see Bennett Salvatore, front and center.


****3-15-14**** Addendum: John is the head coach of the girls basketball team at King Low Heywood Thomas private school in Stamford, CT.  He described it as a "cool opportunity to coach young women."  Pretty sure he's moved back to the 203# area.