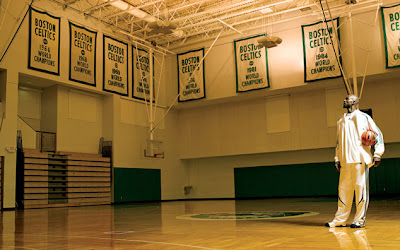 You probably already know this if you are reading this article. You have probably witnessed the glory of our franchise in different parts of its history: the most experienced fans may have watched live the likes of Bill Russell, John Havlicek, Bob Cousy, Dave Cowens and the plethora of outstanding individuals that brought us 13 of our 17 titles. Others may identify more easily with the success of the 80's Celtics, watching them beat the Houston Rockets and the Los Angeles Lakers with passion, grit and toughness. You probably grew a Celtics fan at the end of that period, your baptism into the love for basketball was during those years in which wearing a #33 green jersey and shouting "Beat LA" was part of your everyday life. Then we were forced to travel through dark lands in which the future was not clear. He saw our heroes fade (Bird) and leave (Lewis), for several years we watched games in which the only reason to win was our pride. No matter the team record we fought for pride, for history and tradition. And finally glory came back, and we are about to make our road into a new dinasty for our Boston Celtics. Paul Pierce, Ray Allen, Kevin Garnett, Rajon Rondo...all these names will be joined to their predecessors. 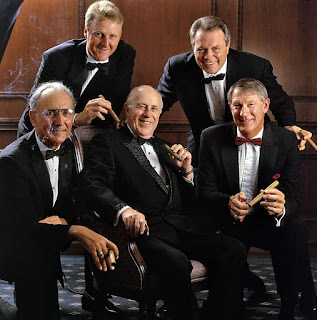 We are Boston Celtics fans because we love to win, and we are faithful to our team no matter how many years we have to wait to reach our goals. This team represents the ultimate desire to overcome the most difficult tasks in order to achieve the ultimate goal of victory. No matter if a championship is a stake or just a regular season game in a not so successful season in the middle of the 90's. We care for the jersey, for the banners, for the parquet. We bleed green because we appreciate the hard work, the spirit of learning through the process and learning from our history. We don't care about individual records, we help the teammate feel important. We fight together to beat the odds of history, to prove everyone wrong. We hate the purple and gold because it shows the opposite values of our team: selfishness, superficiality, glamour, individual achievements, fame...they hate us because they know they will never be the best team of the NBA. The values and virtues of true winning are a part of the Boston Celtics and nobody will be able to take it away from us. 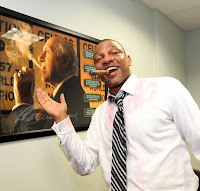 Phil Jackson will never be a better coach than Red Auerbach no matter how many rings he may get, and he knows this. He also knows that Doc Rivers is dominating him in the last two NBA finals: Doc is the perfect coach for the Celtics, teaching our players, us fans and the media how to make a team a winner. Phil coaches stars, Doc turns players into stars and makes the stars work together. Players want to play with Jackson because his hype makes them contenders, players want to play with Doc because he makes them better individuals and better players. 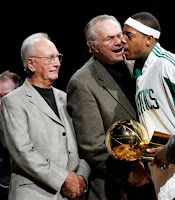 We love the Boston Celtics because this is a special and unique franchise and because we remain together. This franchise has always worked as its current team has shown: through defense, team oriented play and brutal mental toughness. No one is tougher than the Boston Celtics, no matter how perilous the journey is the team manages to overcome mainstream overhyped stars (Lebron, Kobe...) and their own set of difficulties (age, injuries...). The history of the Celtics is the history of the combination of mental toughness, talent and desire to win as a team. You can see glimpses of the presence of KC Jones in Doc Rivers, the magic of Red Auerbach in Danny Ainge, the leadership and pride of Larry Bird in Paul Pierce, the inside presence and ultimate defensive winning attitude of Bill Russell in Kevin Garnett. You can see how Rajon Rondo is already the present and future of this franchise that will always fight until the last breath, that will not cease to fight no matter what the circumstances are.

Let's bring #18 to the rafters. Forever proud to be a Boston Celtics fan.