Did the Celtics bench Nate to save $2 million? 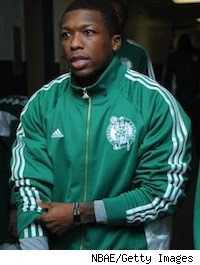 
Nate Robinson was benched for two games near the end of the regular season, and it cost him $1 million, while saving the team twice that amount due to the luxury tax.

A clause in Robinson's contract calls for him to make a $1 million bonus if he both played in at least 58 games and made the playoffs this season.

You all make the call:
A) Do you think the Celtics benched him purposely to save the money?
B) If the Celtics did, do you agree with that decision?

Regardless, it doesn't seem to be affecting Nate much. Though he continues to get no playing time, he seems to be having the time of his life during this playoff run.