Two games tonight that played a pivotal part on how the Celtics post-season will go.  First off the Miami-Philadelphia game: 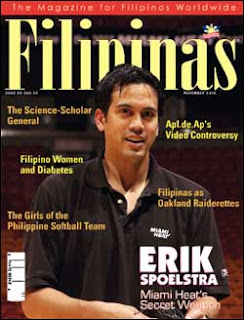 As for the Bucks-Hawks, well:

It's not even close right now how much easier a matchup with the Bucks would be in comparison to the Heat for the Celtics.  And as the season comes down to it's final 48 hours, it's looking more and more like Boston will be facing the Heat.

As Karl aptly explained the other day, it'd behoove the Celtics for them to avoid Dwyane Wade at all costs.  Well that isn't looking very likely now at all.  Right now we'd have to either hope for the Celtics to win their final 2 games (asking a lot considering Chicago's going to be playing their ass off tomorrow night) or banking on the Nets to beat Miami and the Bucks to beat the Celtics on the final night.  I can't count on anything from the Nets.  Of course there's always the chance Boston can slide up to number 3, but that would mean the Celts would have to win their final 2 games and get help from Cleveland to beat Atlanta in the final night.  Considering the Cavs are likely to rest their key guys, and since they contributed to the Celtics facing the Bulls in last season's playoffs, I wouldn't expect it.

With losses to the Nets, Wizards and Rockets at home, and "stellar" performances on the road against the Knicks, Clippers, and Warriors, the Celtics don't deserve to have an easy first round opponent.  In fact if they face Miami, their summer may be starting a lot sooner than anyone, including yours truly, ever would've thought.

This is becoming a Celtics Fan's absolute worst nightmare.  Sigh...