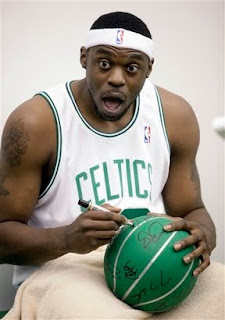 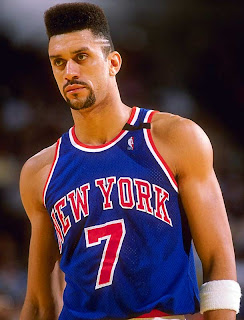 
Since the trade, the 6-foot-6 small forward has averaged 10.6 points per game - more than any of the players involved in the deal.

Denver Nuggets point guard Chauncey Billups recalls how tough it was being a young player trying to establish yourself in the NBA after being traded.

"You have to grow up, quickly," said Billups, who was traded by Boston to Toronto as a rookie in 1998. "It's the part of the business you're not really prepared for. But you learn, everything happens for a reason. The thing is, with young players, you have to take every chance to get out on the floor and make the most of it."

Walker has done just that while averaging a career-high 24.6 minutes with the Knicks, and his emergence sheds an even brighter light on the lack of athleticism present on Boston's roster.

While the addition of Robinson provides Boston with one of the NBA's most athletically gifted players, it's obvious that Robinson's contributions will be spotty, at best. In Boston's last six games, Robinson has been scoreless in every other game.

Hmm, another in the long line of Celtics given up on (Billups, Joe Johnson) or passed up on (Gerald Green over David Lee and Monta Ellis, trading the Brandon Roy/Rudy Gay pick because Danny thought Telfair could be the next Chris Paul). The sad part is that Rajon Rondo is the future of this team and the one player that fit his style the best was Walker. Credit Rondo with playing well in a system that completely negates his strengths. Imagine asking Jason Kidd to play slow down ball (Was it Quinn Buckner or Jim Clemons who got fired trying to run the triangle offense with Kidd, Jackson,  and Mashburn? TB get on that. lol). So the Celtics moving forward have a total of zero pieces now to surround Rondo with. 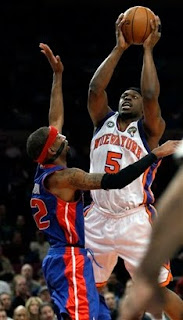 D'Antoni wanted House in New York and wanted Robinson gone. The trade gets completed without Walker in my opinion. I remember reading in "MoneyBall" what made Oakland A's GM Billy Beane so great was that he always squeezed an extra arm out of his trading partners. Some B prospect minor league pitcher. I often feel like Danny does the opposite and gives up a little something extra. Was Telfair worth a top 10 pick? Besides the Raef/Ratliff switch couldn't we have gotten something extra?  Based on his age and contract I don't think that anyone was offering the Sonics a top 5 pick for Ray Allen. Couldn't we have kept Delonte or received something more back? Even in the KG trade we gave up a ton. NBA history shows that NBA superstars are never traded for equal value. Big Al and Ratliff's expiring contract should have been enough. Yet Danny threw in Gomes, a future Celtics first and a very valuable Minnesota first rounder that we owned. That's a lot of sweeteners.

Bil Walker won't become an all-star, but he is a young, athletic player that we could of used both this year and especially in the future.

p.s. Here is a previous post with some video footage of Walker on the Knicks. Also the original Sky Walker, Kenny Walker that is.... how tall would he have been without the flat top? I believe he was listed at 6'8". I wonder with a fade, if it would have been 6'5"