What the Hell Happened to...Wayne Turner? 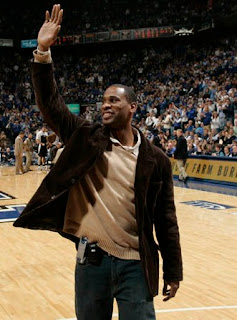 This week in WTHHT, we remember an obscure guard from Kentucky who was a successful college player.  And no it's not this guy.

Wayne Turner was born in Boston and attended Beaver Country Day, in Chestnut Hill, MA.  After being named a McDonalds All American, he'd go on to Kentucky.  There he'd win National Championships in 1996 and 1998.  After being undrafted, he signed with the Celtics in November of 1999.

His stay with the Celts was brief: 3 games total, before he was released.  He'd score 4 points and have 4 personal fouls in 41 minutes played total.

After his NBA Career, Turner would play in the IBL for the Cincinnati Stuff and then with the Harlem Globetrotters in 2000.  In 2002 he played in the CBA for the Dakota Wizards.  In 2003 he played in the Australian NBL for the Townsville Crocodiles (no word on whether he ran into Conner Henry or Todd Lichti while he was there).  In 2007 he joined the New Zealand Breakers.  In 2008 he returned to the CBA and joined the East Kentucky Miners. 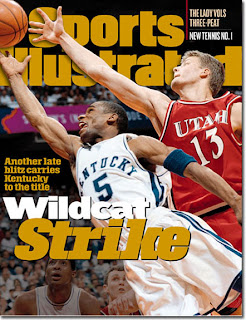 It's inevitable that when thinking of Wayne Turner, you have to think of Reggie Hanson.  Which of the two deserved more of a chance to play in the NBA?  Hanson played 8 games and Turner played 3.  Looking back at the Evil Emperor's reign in Boston, it's comedic he brought some of these deplorable players in.  Were Hanson and Turner legitimately NBA-quality players?  Well you know about Hanson but Turner's stats were even less impressive at Kentucky (although he was instrumental in Kentucky being such a powerhouse back then).  I genuinely think this may have been another case of the Evil Emperor hooking up one of his old players with a quick contract, just to tell his kids one day he played in the NBA. [Speaking of the Evil Emperor, he really epitomized a shitty NBA head coach.  Look at his career record.  He had one good season with the Knicks in 1989 but that team was knocked off by a lower-seeded Bulls team in the second round.  As much as I rag on the Buffoon on this site for his piss-poor job of running the Celtics, a lot of the blame has to go towards the Evil Emperor.]

Perhaps during his regime, the Evil Emperor thought to himself  at one point "well we're not going to win any basketball games here, and since the negativity in this town sucks, stinks and sucks, and Robert Parish, Larry Bird and Kevin McHale aren't walking through that door, well then the hell with it Reggie Hanson and Wayne Turner will walk through the door instead."

Today, just like Reggie, Wayne is a college assistant coach, at...yep, the University of Kentucky (along with Tony Delk).  He's even been spotted taking classes at Kentucky in order to apparently get his official undergraduate degree.  You can also find him on Twitter here.