At the end of the day it's still just a game 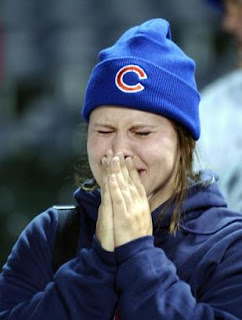 All of us that read and write for this site bleed Celtics green. When the Celtics win we feel that joy with them. When they lose we feel the pain. That is true for sports fans across America.  Sports fans are living vicariously through their favorite teams.  But the question is, do we as fans treat sports too seriously at the expense of the enjoyment of the game? I think we might.

99.9% of us will never play professional sports, so being a fan is the closest we will ever get.  We take jabs at our team as personal attacks on us. When our team loses a close game we lose sleep over what went wrong.  We throw things, curse at the TV, write hateful things on Internet message boards.  It's all a little bit crazy, isn't it?

Sports are supposed to be enjoyable, not a chore.  They're not supposed to affect our daily lives but yet they do.  I remember after the Patriots lost in the Super Bowl 2 years ago I couldn't watch or listen to sports talk radio for two weeks.  I had nothing to do with the result of that game, but felt like all the sports media pundits were talking trash about me.  This also happened during the Hawks-Celtics series 2 years ago.  I remember storming out of the restaurant I was eating at during Game 6 of the series because the Celtics were losing, and I'm not one to leave a meal early.

The good news is I've gotten better as I've gotten older.  Losses don't matter as much to me because as a sports fan I]ve realized that sports are cyclical and my teams will all suck at one point or another. As a sports fan, you have to realize that there is no point in agonizing over what ifs.  The game is over, move on and hope your team wins the next game.  Be thankful that you live in a place where you have the ability to watch your favorite team on any given night. Relax, grab a beer, and watch the best athletes in the world do what they do.

We all love sports and it is great to be a diehard fan of your team.  However, let's not forget that sports were created for entertainment and to have fun. Remember, at the end of the day it's still just a game.