What the Hell Happened to...Jiri Welsch?

He was supposed to be the next Danny Ainge but he couldn't polish Danny's shoes.  In fact I've heard he had to be included in the Antoine for Raef deal in order for it to go through (for the Celtics).  Danny Ainge thought he was acquiring a real talent with Jiri Welsch.  He wasn't.

After playing for Golden State for just 37 games, Dallas acquired him. Two months later in October of 2003, before even playing in Dallas, Welsch was included in the Antoine Walker deal along with the corpse of Chris Mills, and Raef Lafrentz for Antoine and Tony Delk and a future pick (which became Delonte West).  He played for the Celtics that season and actually averaged 12 ppg on that disastrous 2004 team, which was crushed by the Pacers in the first round (one of the low moments of me being a C's fan- that series was sickening to watch).  The following season, after having Ricky Davis in the fold along with Pierce, Gary Payton and Antoine Walker, Danny wisely traded him to Cleveland for a first round pick.  At the time it wasn't the wisest decision but when Cleveland in turn traded him to Milwaukee the following season for a 2nd round pick, you knew Ainge had made the right move. 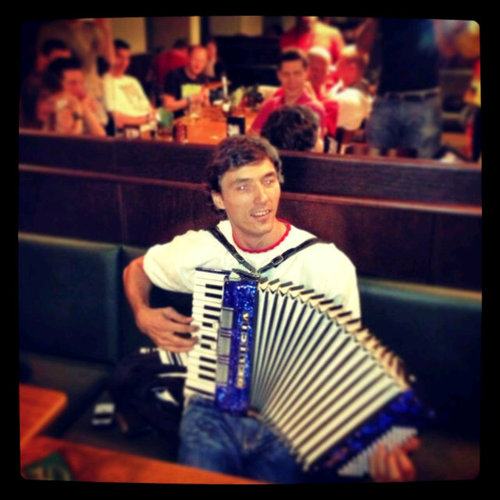 Was Jiri a step slow for the NBA?  Nah.  Did he fit in?  Nah.  He's played overseas a lot since leaving the Celtics.

I remember being out in Long Island right around the same time he was on the Celtics.  I was at Jones Beach and I saw someone had a green "Celtics 44" jersey.  I needed to get a closer look- I mean what are the odds someone had a Jiri Welsch jersey on in Long Island?!  As I got closer I presumed it would be Danny Ainge.  Surprisingly enough when the guy turned his back, it was for Pete Maravich.  Yet another guy whose shoes Jiri couldn't polish.