Down with the haters 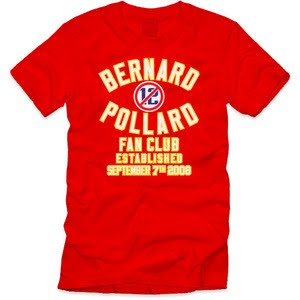 I've always been amazed how intelligent people become ignorant when their sports teams come up in conversation. Sure, some of these people are just dumb in general, but a vast majority are hard working, decent individuals in every other aspect of life. However, as soon as their rival team comes up in discussion it's,”I hate this team" or " I hope this guy gets injured." Whatever happened to just rooting for your team and enjoying the game?

Yesterday I was at a bar watching the Patriots game. The bar also happened to be hosting the Miami Dolphins DC game watch event. By the way, Dolphins fans are really obnoxious. When they weren't celebrating a 4 yard gain, they were cursing at the Patriots players, and even clapping when a Patriots player would go down injured. Look, you can dislike a team all you want, but celebrating or wishing injury on someone else is out of line. Also, what does yelling and screaming at the refs on TV do anyway? It just makes you look like an idiot.

I dislike the Colts and Lakers as much as anyone, but I would never wish harm on any players on their team. I can admit that they are two great franchises with great players. It doesn't mean I don't want them to lose every game, it just means I'm in touch with reality. I'm not stupid enough to blindly say these teams suck. If the teams sucked we wouldn't hate them, because we simply wouldn't care. Hatred and ignorance is a product of jealousy spurned on by people that quite frankly need to get a life. There is no greater feeling than watching the team you love win, but that doesn't mean that negativity and ignorance have to go with it.

If you go on any sports message board you will see ignorant comments everywhere. With the Internet people feel they can say anything because there is no accountability. They can blindly spew unsubstantiated claims in the privacy of their own homes. Would they say the same things to a person's face, of course not. I'm frankly embarrassed that people like this exist in the world. Sports are supposed to be fun, not a place to unleash anger and negativity. I'd like to say that I think things are going to get better, but the reality is it will probably get worse. Remember at the end of the day it is just a game.