When did people start hating on the NBA? 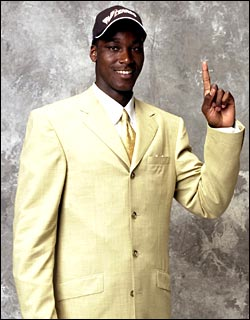 Maybe it's just the people I meet, but I find a lot of people, especially people over the age of 35, have a problem with the NBA.  I can't tell you how many times I've heard people say, "I don't watch pro ball, but I like college." Or if I ask them about their teams,  " I like the NFL and MLB, I don't really watch the NBA anymore."

Even in Boston this is the case.  Sure, lately closet Celtics fans have come out of the woodwork, but I can tell you for sure that when I went to Umass from 2003-2007 it was Red Sox and Patriots all the time.  Now you may attribute this to the success the teams were having, but no one really even talked about the NBA.  It was always, "when is football season starting?" Or, "football season is over, two more months until opening day."


I love the NBA, always have, always will.  But I can at least try to ascertain why these people stopped watching. First off are the increased number of fouls that are called in today's game. It slows down the rhythm, and allows the refs to control more of the outcome.  With the Tim Donaghy scandal and now the replacement refs it looks like this trend will continue. In addition, many people think the stars get preferential treatment, and in all honesty they usually do.  When Lebron comes down the lane and misses a lay up it's probably going to be called a foul.

Second, are the ridiculous salaries players are paid these days.  The NBA needs to stop giving unproven 18 year olds all this money before they play a single minute in an NBA game.  For every Lebron there are 5 Kwame Brown's.  I know all 3 major sports have overpaid athletes, but it seems most glaring in the NBA.

Third, is style of play.  The appeal of basketball used to be all about passing and teamwork.  Now it has become more and more about one on one isolation and half court offense.  This has started to change, but is not anywhere near where it was in the 80's. When you have individual players dominate a sport it hurts the popularity. It used to be okay pre-salary cap, but now when when a player leaves a team the fan leaves a team.  It's not like football or baseball where one player doesn't make a team.  Any Cavs fan would agree, if Lebron leaves half of their fans leave.

The good news is that the NBA is making a comeback.  There are more marketable players in the league now than there has been in a long time.  The two most elite franchises, not just in basketball but all of sports, are back at the top of the league. With the help of the best crop of young point guards ever, the fast break game is starting to come back. All signs point to an NBA resurgence.

The fact is, why wouldn't you watch a game where the best athletes in the world are participating? Top to bottom, no professional league posseses the all around athletes basketball does.  Here's hoping the NBA haters wake up and realize how great this league is.