What the Hell Happened to...Mark Acres? 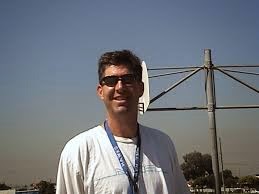 In this week's session of "What the Hell Happened to" we look back on the career of former Celtic Mark Acres.


Acres is from California originally and grew up a Laker fan.  He went to Palo Verdes High School  where he was named to the McDonalds All American Game.  Despite the honor, he would follow his father and attend Oral Roberts.  4 years at Oral Roberts and Acres would make 4 All American Teams.  He'd lead Oral Roberts to the NCAA Tournament during his junior season.

He was drafted in the second round by the Mavericks before playing in Belgium for his first 2 seasons to build up his game to be NBA-ready.  Back then when players did this, they became free agents and when the Mavs selected Tarpley in the 1986 draft, Acres was on his way.  At age 25  the 6'11 center joined the Celtics for the 1987-88 campaign and proceeded to play rather inconsistently for the Green for 2 seasons.  After 3 more seasons in Orlando, Acres rounded out his illustrious playing career with a cup of coffee with the Rockets and Bullets. 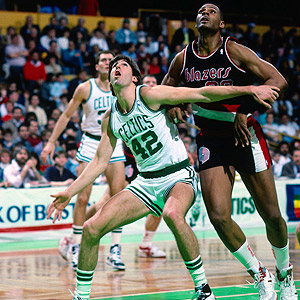 Here's an opposing scout's summary of Acres' game prior to the 1990 season with Orlando from The Complete Pro Basketball Handbook, by David Schulz and Zander Hollander:

Another testament to expansion, and this is a great country or what?...An inside type who can bang bodies if little else...Played for Dick Acres, his dad at Oral Roberts, where his brother Jeff was a teammate...Wasn't the answer to Boston's depth problems up front...Foul-prone...Overpaid at $300,000.

Today, I've found out that Mark Acres now teaches in middle school in California.  In fact here's a quote from one of his students Veon Lee:

I am a 8th grader from jh hull middle school right now, and he just made me do cardio without running today. He is very old, and no one at our school really know that he was a basketball player!

Maybe Celts fans can email him asking why he couldn't help the 1988 Celts more.  Maybe if he had a pulse and could've given valuable minutes, Boston could've beaten Detroit that year.  Don't forget: the depth of the Pistons really gave the Celts problems that year.  Maybe if Acres was able to push himself like he seemed able to motivate Veon Lee, the Celts would be gunning for Banner 19 this year.