Big Baby vs. Leon, Past and Present 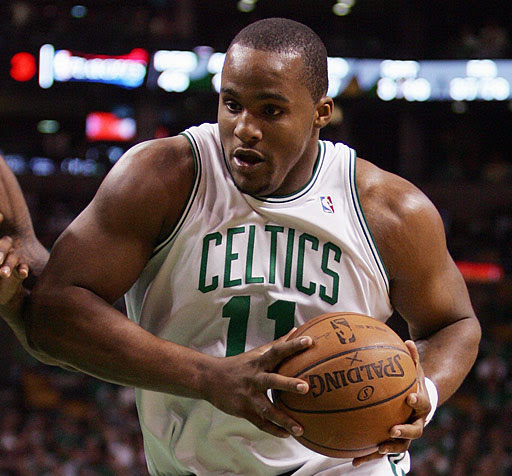 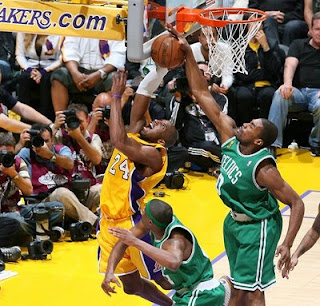 
Ever since Glen Davis’ rookie season, Celtic fans had been compelled to compare him with Leon Powe. Powe, with one extra season of playing under his belt, was similar in height to Big Baby (each around 6’7) and position (both power forwards, playing undersized-center-at-times).
It always seemed a fairly even comparison amongst Celtic faithful in that every person had their preference and their reasons. Powe was the Celts best low-post offensive threat. He rebounded with vigor and was constantly earning trips to the foul-line. Big Baby was all intangibles. His defensive rotations tended to be a bit crisper than Powe’s. Plus he could defend larger opponents (, Illgauskas, even Shaq) with his girth.
At the end of the day though, they were both backups for Kevin Garnett. And they’re both remembered to this point for certain moments that stick out against the rest. For Big Baby his breakout game was in January of 2008 in . At the time the Celts realized the Pistons would likely pose the biggest threat to their chances at winning the East and the Pistons had been the one team to that point to beat the C’s at home. In a closely contested game, Big Baby came up huge, with a-then career high 20 points, dominating the 4th quarter of the game and ending the Pistons’ winning streak at 11. In hindsight that was probably the biggest regular season win for the Celts that season, and interestingly enough, one of the most important regular season games in recent years. According to ESPN:
Since the shot clock was used during the 1954-55 season, a Boston-Philadelphia game in 1966 and the Lakers-Bucks matchup in 1972 were the only ones to surpass the combined winning percentage of Saturday's game. ... and 's combined victory total was the most in a matchup on or before Jan. 5 since (34-7) played (22-18) in 1981. ... The last time two teams met when both were on winning streaks of at least eight games was Feb. 29, 2000, when the Lakers and Portland each had 11-game streaks.
The importance of that game was surpassed by Leon Powe in Game 2 of the Finals vs. the Lakers. In a mere 15 minutes Powe exploded for 21 points, including 9 for 13 from the foul line, surpassing the Lakers’ team total of attempts for that game (10). This (obviously) lead to malcontent Phil Jackson pointing out this discrepancy at the post-game press conference where he affectionately botched up Powe’s name (calling him Leon "Pow") incredulously wondering how Powe could have more free throw attempts then his entire team. helped lead the way in winning the contest and taking a 2-0 lead in the series.
Which leads us to now. As everyone knows Powe suffered yet another severe knee injury in the 2009 playoffs, and it appears the Celts were never serious about extending him an offer until they heard Cleveland was (it’s also of interest that the Lakers showed serious interest in “Pow”). At that point Powe’s mind was made-up and he signed with (marking the 67th free agent was rumored to be interested in the summer of 2009, breaking the previous old record held by the 1994 Knicks LOL :))
As a die-hard, life-long Celtics’ fan, the name on the front of the jersey has always meant infinitely more to me than the player himself. It’s why I liked Dominique Wilkins for a season, Xavier McDaniel for a few, and Garnett, Ray Allen and Eddie House the past 2. So the hell with . He’s undersized inside and has had one-too-many knee injuries. The Celts were able to resign Big Baby (who no one should forget played exceptionally well in place of KG) in addition to adding Rasheed Wallace and Shelden Williams. ’s had a rough life (but so have lots of people) and now that his jersey no longer says “Celtics,” it’s war when he’s the opposition.
What’s your take?