The conclusion of tonight's Celtics game was delayed forty minutes due to an uneven rim. Boston Celtics center Robert Williams was the culprit: 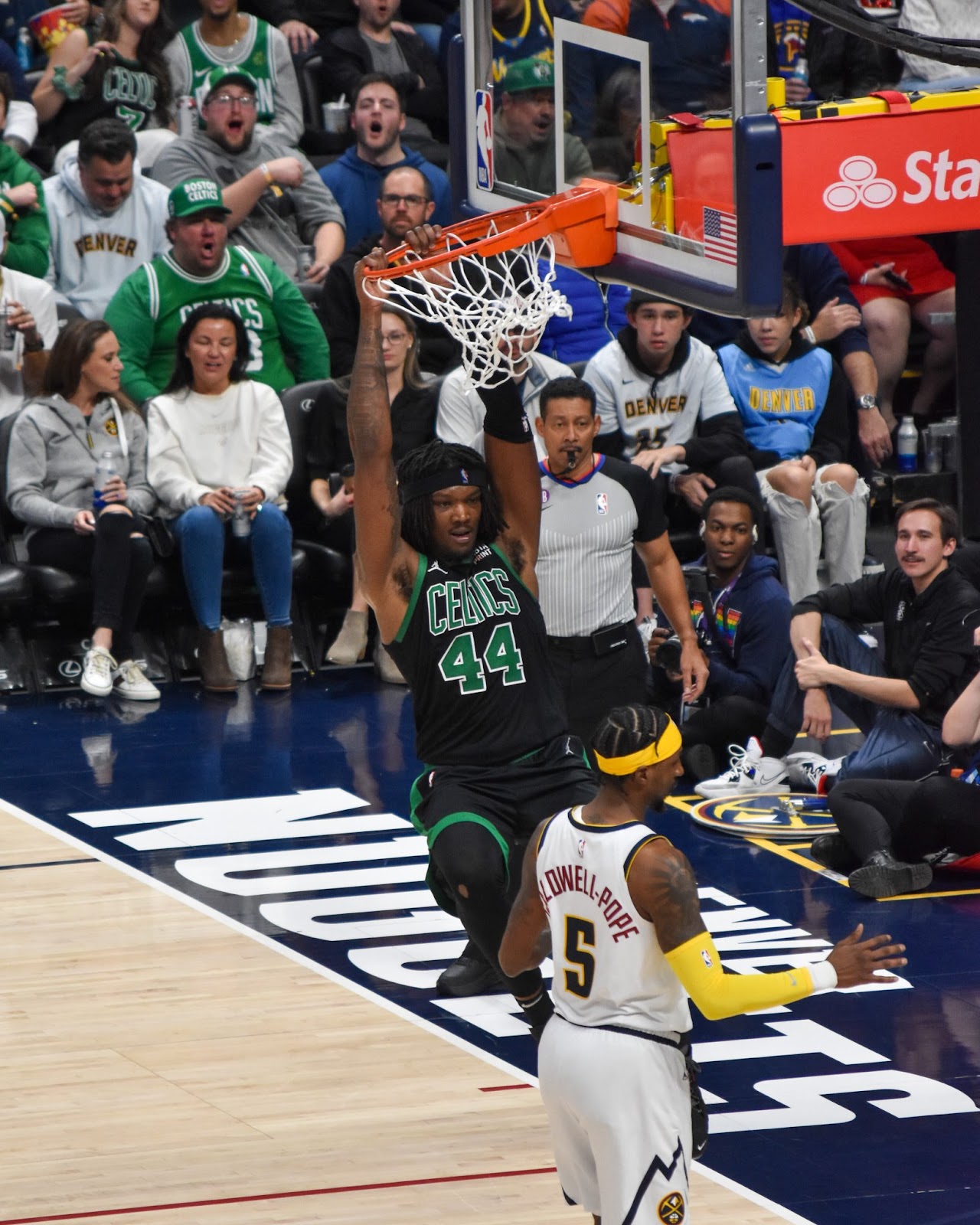 Unfortunately Nikola Jokic and the Nuggets were too much for the Celtics as Denver defeated Boston to kick off the new year. Jokic finished the game with 30/12/12 triple double to trump the stellar performances of the Jay's. Jaylen Brown finished with 30 points and 8 rebounds, while Jayson Tatum tallied 25 points, 7 rebounds, and 6 assists (though he did turn the ball over too much.

Celtics point guards Marcus Smart and Malcolm Brogdon both struggled shooting the ball tonight going a combined 3 for 18 from the field and missing all seven of their 3-point attempts. In today's NBA, poor shooting like that can be killer.

Boston falls to a record of 26-11. The team has struggled this season when getting too much rest.

Celtics with rest of …

The Celtics will continue their four game Western Conference trip on Tuesday in Oklahoma City.

Joe Mazzulla talks about the 40-minute delay during the Celtics game vs. Nuggets, and how he was managing his team during that time pic.twitter.com/HFOpebTTvc