Charlotte Hornets honor Bill Russell during match up with Celtics 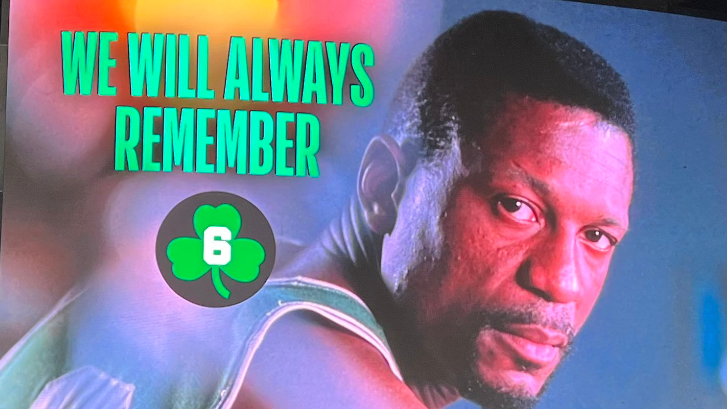 Following the death of the great Bill Russell the NBA announced that the #6 would be retired league wide, similar to Jackie Robinson in Majopr League Baseball. The Hornets had their official cermony tonight following the first quarter of their game with the Boston Celtics in Charlotte.

One of the best parts of this special year. Bill Russell’s #6 retired in Charlotte.

This doesn’t get old. pic.twitter.com/h9bF7d4DHV

More proof that Bill Russell is the greatest of all time https://t.co/XjJP99Kvcy pic.twitter.com/dt1YxhlHai