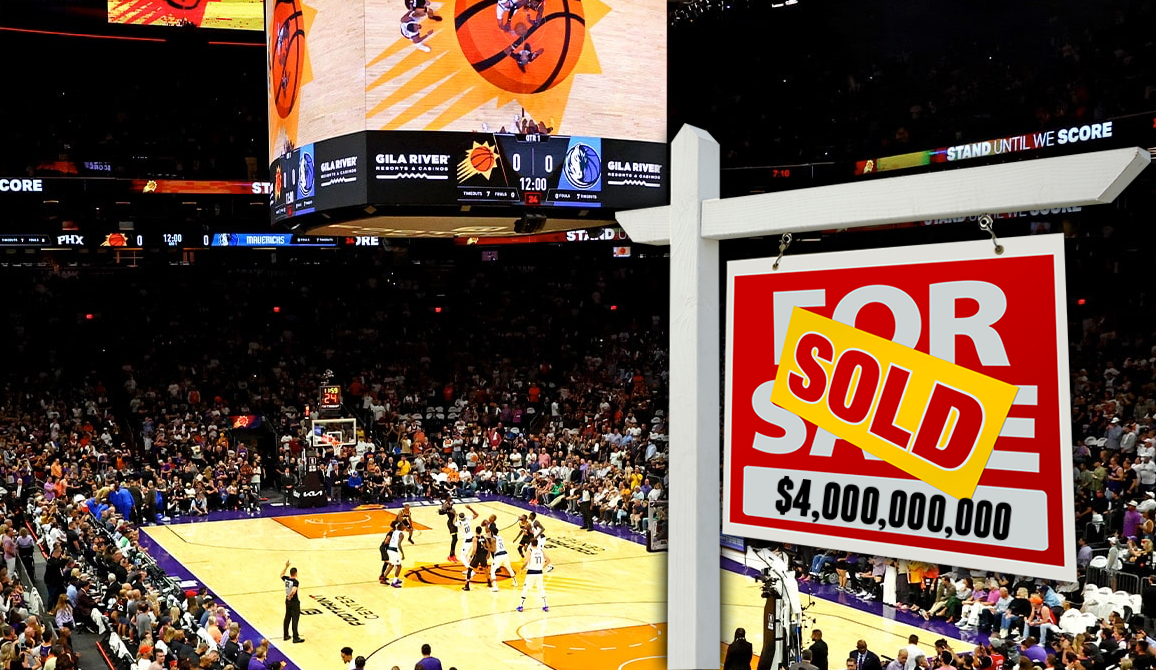 Well we knew the final price tag was going to be astronomical and it is. Robert Sarver for all his transgressions and cheapness running the Suns will cash out with a cool $4 billion pay day.

Sources: Billionaire Mat Ishbia is purchasing the Phoenix Suns and Mercury for $4 billion. Robert Sarver has agreed in principle to sell. Ishbia was a national champion on Michigan State‘s basketball team in 2000.

As a fan of another NBA team, in my case the Celtics, I hope that Mat Ishiba doesn't have too deep pockets. The more quality that other team owners are and the more that they are willing to spend, the harder it is for your own team to win. Red Auerbach is the all-time G.O.A.T. of general managers, but he was also helped by many other franchises having idiot and cheap owners.

The Suns have always been a desirable team for NBA players due to the weather, but Sarver was a cheap owner. Expect them now to become more of a player in free agency. Of course Sarver was pushed to sell due to being cheap. It was for the many off the court things he was accused of. Similar situation happened to the Clippers with Donald Sterling.

I say this a bit tongue in cheek since we live in a hyper sensitive time, but you just know Knicks fans are hoping ESPN uncovers some racist stuff on their owner James Dolan, so they can finally be rid of him.

Let this sale price also serve as an important reminder that when NBA owners ever claim they are "losing" money or can't afford to keep a player, they are being disingenuous. Even the horrendously run Charlotte Hornets will bring in a windfall of money when Michael Jordan eventually cashes out.

As for our Celtics, let this price tag serve as a reminder that Wyc and company are also making billions owning the team. They never need to dump a contract like Josh Richardson or Bol Boll to get under the luxury tax or lose key free agents like James Posey, Ray Allen, Tony Allen, Al Horford, Gordon Hayward, or Grant Williams. They always will end up way in the green (no pun intended) regardless of if they retain a key player.

A couple months ago the Celtics came in at a value of $4 billion, while the Suns were at $2.7 million. Based on those numbers, one would assume the Celtics are valued considerably higher now and/or would sell for much more. Not implying the team is for sale, but hypothetically if they were, it wouldn't be silly to think they'd fetch north of $5 million. The current ownership group purchased the Celtics back in 2002 for $360 million.

Speaking of penny pinching, I could never forgive the Celtics if they did anything remotely like the Red Sox have been doing with their home grown stars. Here's my little dig at thelocal baseball team.