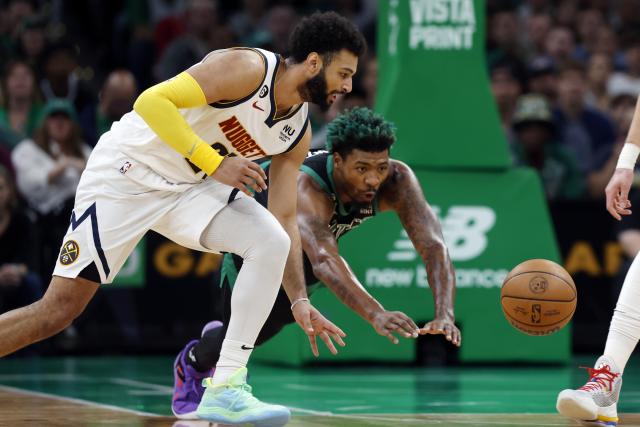 What do you suppose it means when your third-string center and No. 4 POINT GUARD create EIGHTY percent of your second chance opportunities – and your team still wins the game rather handily?
It might simply show the wear-and-tear that impacts a team, in this case the stout Denver Nuggets, that’s been on the road virtually non-stop now for nearly two weeks – further evidenced by Boston’s impressive 56% shooting performance from the field against the Nuggets’ weary legs.
Indeed, the biggest difference in the game was this – the C’s missed 40 shots (50-90, .556) while the Nuggets misfired on 50 of theirs (42-92, .457).
Pritchard “Robbed”
While taking a quick glance at the box score during halftime, I was surprised to see that Payton Pritchard had NOT been credited with a Steal – even though I distinctly recalled him picking the pocket of a Denver “big” (Green or Christian Braun, I believe) early in Q2. The Celts had come up empty despite THREE second chances – the first of them provided by a PP O-board – before the Nuggets had (apparently) secured a D-board … except that Pritchard reached in from the blind side, snatching the ball and converting the “bunny” that ensued.
PP checked in for the final seconds of Q1 and started Q2, grabbing a D-board on Denver’s opening possession. On the heels of two Jeff Green FT’s, Boston’s fourth possession of the period lasted an astounding 40 seconds and included five FGA’s, PP’s “bunny” the last of them. 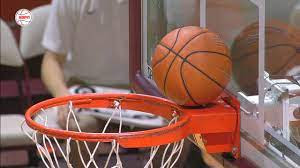 It seems, however, that the official scorer deemed that Denver had never secured possession of the ball – consequently, instead of getting a Steal, Pritchard was credited with his second Offensive Rebound of that lengthy flurry.
The Grant “Touch”
In the matter of shooting the basketball, the C’s versatile fourth-year big man, Grant Williams, has known the highs and lows of the task, from an horrendous opening salvo of missed treys, all the way to the guy who was (briefly) the league’s most accurate shooter in the early-going this season.
But last night in Q4, Grant truly revealed just how “soft” is his shooting touch when the second of two Q4 free throws bounced once off the rim before ever-so-gently (and most improbably) settling itself on the flat, metal surface between the rim and backboard.
That odd circumstance creates what’s defined as a “Dead-Ball Rebound.” Normally, a jump-ball at Center Court ensues, but since GW had been the “victim” of a flagrant foul, Boston retained possession.