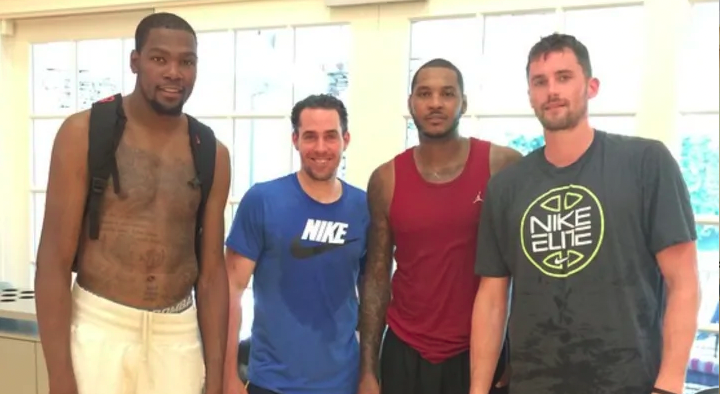 A basketball trainer -- who previously worked with Kevin Durant, Stephen Curry and other NBA stars -- was arrested Friday in Rhode Island on a fugitive from justice charge, stemming from a warrant for rape and drugging for intercourse in an alleged incident in downtown Boston.

"The Boston Police Department advises the public of the dangerousness of scentless, colorless, and tasteless drugs such as Rohypnol, also known as roofie, being placed in the drinks of unsuspecting victims."

In addition to Durant and Curry, the accused trainer, Rob McClanaghan, has worked with LeBron James, Derrick Rose, and Russell Westbrook among other NBA players. Steph Curry had written the forward to McClanaghan's recent book "Net Work."