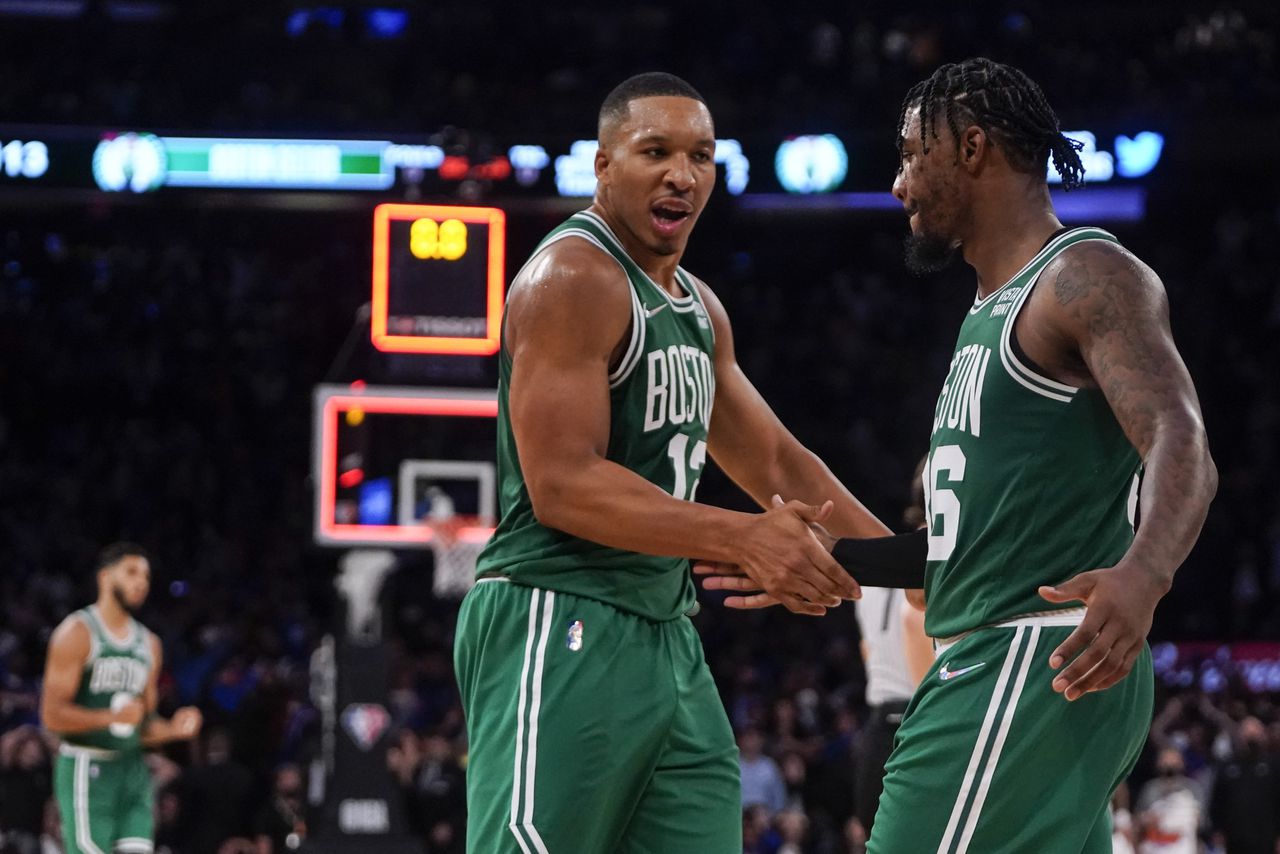 If you thought that the only reason that the Boston Celtics and Grant Williams didn't come to a contract extension was because the forward must have been asking for way too much, you'd be wrong according to a report today by Hoopshype's Michael Scotto.

Grant Williams reportedly was only asking for $14 million per year. Before anyone says, "That's too much!" take a look at what top reserves and part time starters are making in the NBA now. And those dollar numbers will only go way up with the new TV deal coming.

So far, Williams is on pace to garner more than that offer in restricted free agency thanks to a torrid start to the season shooting over 60 percent from the field and making 50 percent of his three-pointers.

There are some around the league that believe an offer around $18 million annually could be too much for Boston to match in restricted free agency. Of course, anything in the non-taxpayer mid-level exception range would likely be matched by Boston.

Scotto doesn't say what the Celtics final offer was "never offered more than $50 million" is enough of an idea that they were at least close to Williams' $14 per number of $56 million. Was it really worth it to risk this over $1.5 million or so a year? The Celtics will be over the cap regardless. It's not like if they only pay Grant $12.5 million a yr instead of $14 million that they can use that extra savings on anything.

And if Grant walks, it's not like they can use that $12.5 million on another player. They would still have zero cap space. The only way not giving Williams the extra $1.5 million or so that he was asking for and in my opinion deserves, ends up being a smart move is if Grant has a very bad year. Not exactly what you want to root for if you're Brad Stevens, Joe Mazzulla, or a Celtics' fan.

If Williams has a solid year, the best case scenario is the Celtics are able to sign him next summer for more than he was asking for this fall. Now if he had been asking for $18 million a year, I could understand the team's wait and see approach. Or if the team was planning on being a player with cap space this summer. Or if Williams was old and expected to decline in the coming years. None of those things are the case.

Doc Rivers recently lamented the Celtics letting free agents walk during his tenure. Off the top of my head, that list includes James Posey, Ray Allen, and Tony Allen. TA likely compares the most to Williams in that they were both young. Difference is Tony had had an oft injured career whereas Williams hasn't.

Letting Allen walk was a mistake. Letting Posey walk was a mistake as well if winning championships was your main goal. He was quite older than Grant, so not a great comp, but he was an integral piece on a team that had just made the Finals (and in his case won it). The Celtics didn't want to give Posey a long term deal.

If not for the Kevin Garnett injury that following season, the Celtics undoubtedly return to the NBA Finals. What if they ended up losing because they didn't have Posey? To win championships in the NBA you have to pay up. Shoot, the Celtics might have still made the Finals without KG that year. They almost beat Orlando with Brian Scalabrine playing the minutes Posey played the previous season.

With Ray Allen there were other issues and he was old, but he still is the reason LeBron has 4 titles instead of 3 and the Celtics still let a starting caliber player leave a team that had just gone 7 games in the Eastern Conference Finals.

But letting Grant Williams walk would seem to be the decision that makes the least sense. He's neither old nor oft injured. There are no off the court issues and he wasn't asking for the moon.

Some have speculated that maybe the Celtics want to trade him, to which I'd first ask, "Why?" He's a key to a championship contender this season. Also if you're another team that wanted to give up assets to acquire Williams, you would much prefer him to come on a long term deal at $14 million per than be an expiring contract.

So the trade option makes no sense. Just seems like a penny pinching move that has no possible positive to it and could end up hurting the team long term.