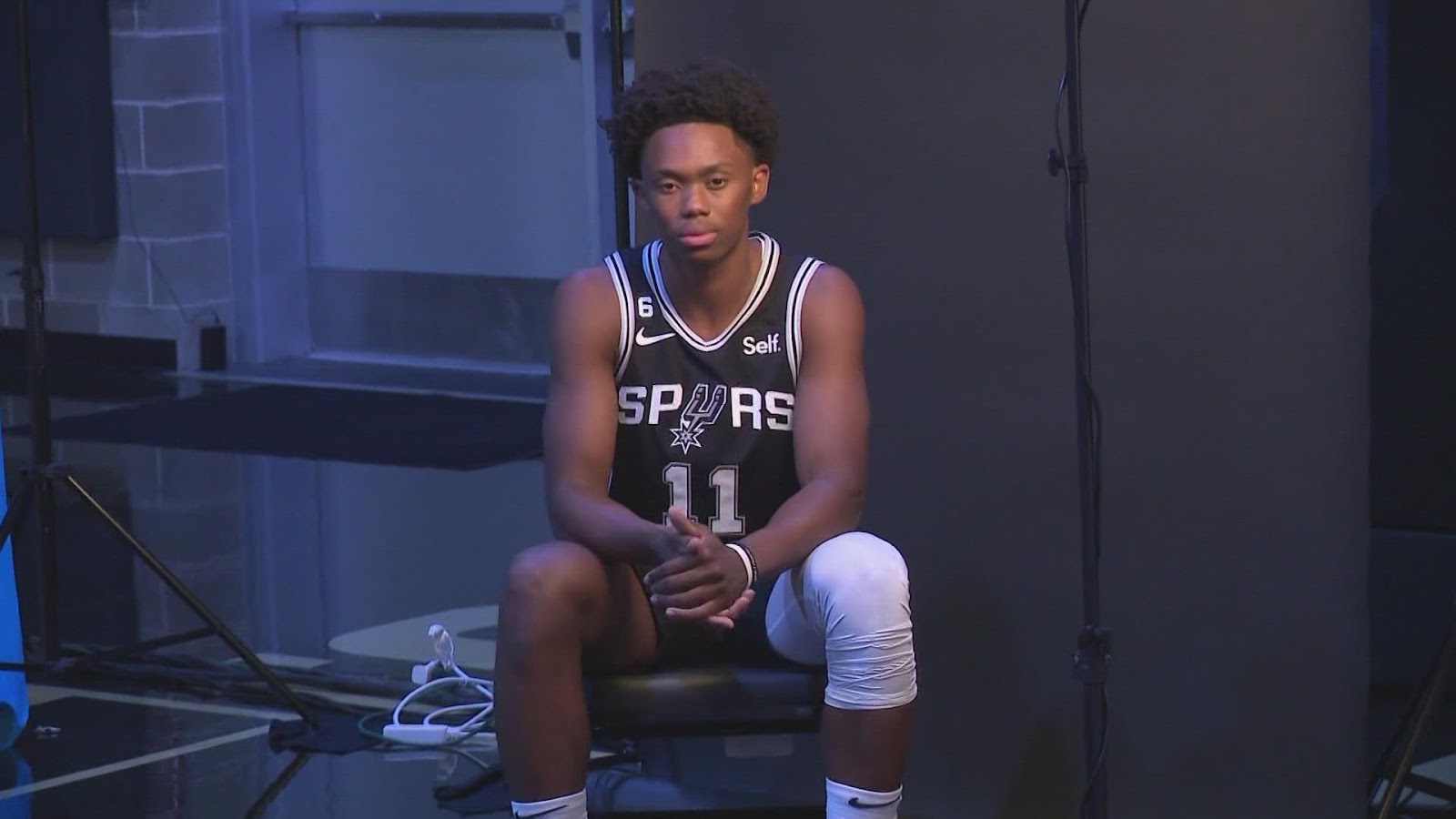 It won't top the bombshell of Ime Udoka being suspended for a season, but the San Antonio Spurs yesterday suddenly waived the #12 overall pick in the 2021 NBA Draft Joshua Primo. 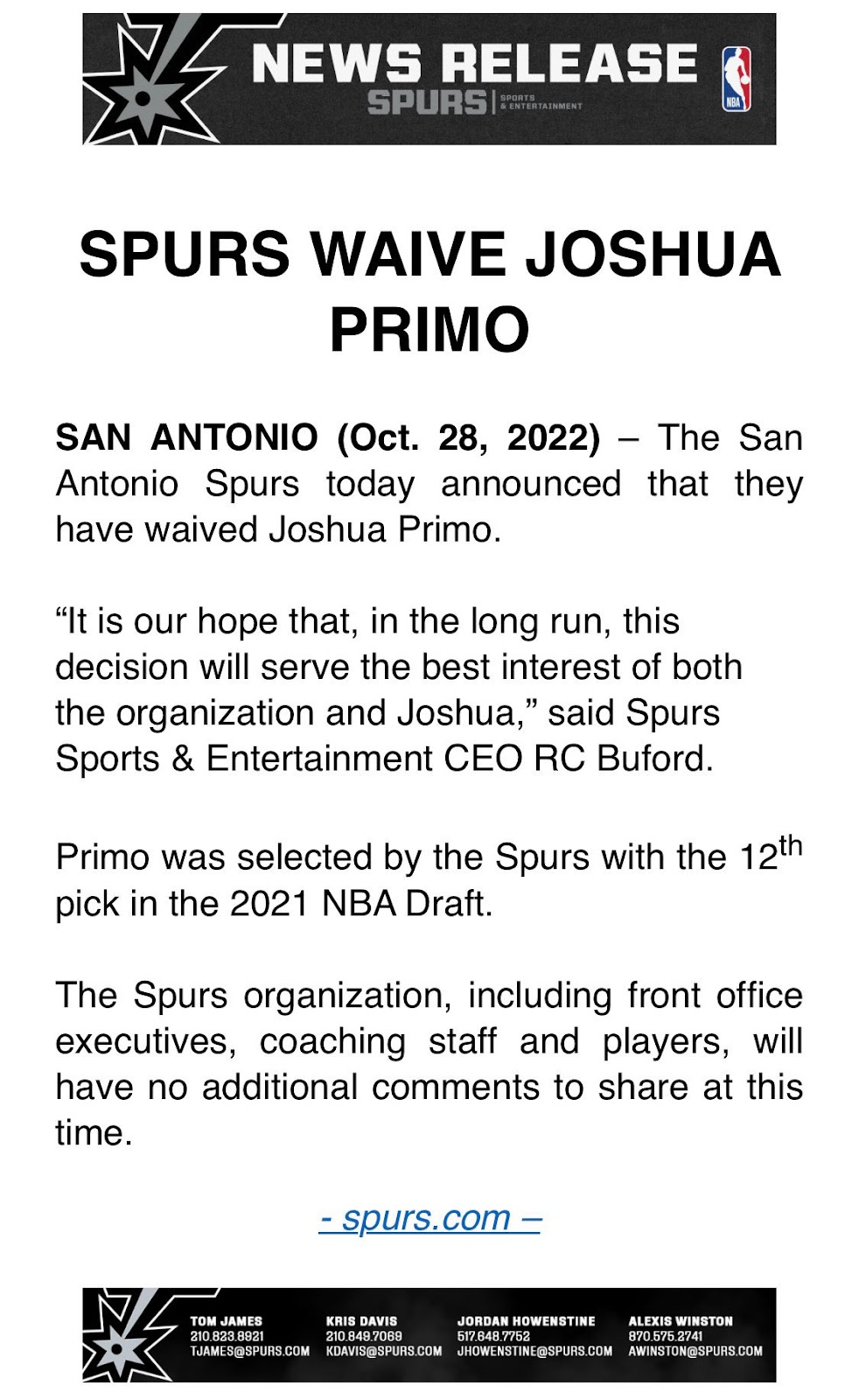 “It is our hope that, in the long run, this decision will serve the best interest of both the organization and Joshua" was R.C. Buford and the Spurs statement on the matter. Primo is just 19 years old and for his part cited past mental trauma as something he needed to now deal with.

What's mysterious is that if it was solely a mental illness thing, you'd have expected to see the Spurs support Primo while he left the team for a while to deal with the issue. But the Spurs straight out waived Primo even though they had just picked up a guaranteed contract option year.

Similiar to the Udoka situation of course this makes people speculate what horrible thing Primo must have done to get this death sentence from Greg Popovich and the Spurs. I would say the details will come out shortly, but somehow the full scoop on the Udoka violations have yet to come out, so can't be 100% for sure.

Unless its a domestic violence issue on par with the Hornets' Miles Bridges, you'd think another team will give Primo a shot since he's so young and showed potential as a rookie where he played in 50 games and started 16 of them.