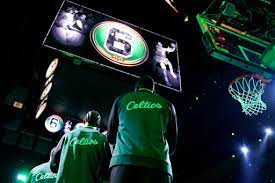 Quite fittingly on a night when the Boston Celtics and the NBA “world” as a whole was honoring the life and legacy of the great Bill Russell, the C’s star wing Jaylen Brown (who just moments earlier had represented his teammates in delivering some remarks on the impact of No. 6) dipped into Big Bill’s playbook and recorded a Blocked Shot against Philly center Joel Embiid a mere 22 seconds into the action – one of six blocks the teams combined for, five coming in the first quarter of play alone. (Fellow J-teamer Jayson Tatum would reject the 76ers’ Tyrese Maxey three possessions later.)

The 126-117 Celtic victory was played at a relatively crisp pace, with both sides converting half or more of their FG attempts (Boston .561, Philly .500) and of their possessions (Boston 58 of 96, Philly 49 of 96) in Coach Joe Mazzolla’s successful debut.
In a back-and-forth game that had seen 15 first-half lead changes, Boston went ahead for good on a Derrick White floater at the 10:14 mark of Q3. The lead would grow as high as 16 points in the game’s closing stages.
The “Two-out-of-Three Rule”
A handy “rule of thumb” for evaluating a hoop squad’s performance is to look at three numbers – overall FG%, total rebounds and total Turnovers. A statistical advantage in at least two of those categories tends to spell Victory. 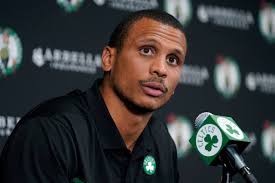 Coach Joe’s Men in Green held an edge in all three, +6 in Rebounding (when we factor in “significant” Team Rebounds) and +3 in Errors along with their more efficient FG shooting.
“Bombs Away!!”
Opening Night’s two “occasion-driven” confrontations – GSW raised their latest banner prior to comfortably repelling LBJ and the Lake Show – epitomized this era’s infatuation with three-point shooting.
Ninety-six minutes of NBA action produced a whopping ONE HUNDRED AND FIFTY-FOUR three-point attempts, a once-unimaginable usage rate (3PAr) of .435. Essentially one out of three (51) were successful (.331), the Lakers’ 10-for-40 showing weighing down both numbers.
Abacus Revelation for the Road
Boston was successful on 46 of its overall 82 FGA's, 12 for 35 (.348) from behind the arc.
The C's produced 44 Points in the Paint on 22-for-33 (.667) shooting.
Simple arithmetic reveals that, on those shunned "Mid-range" shots between the Arc and the Paint, Celtic shooters were an impressive 12 for 14 (.857).