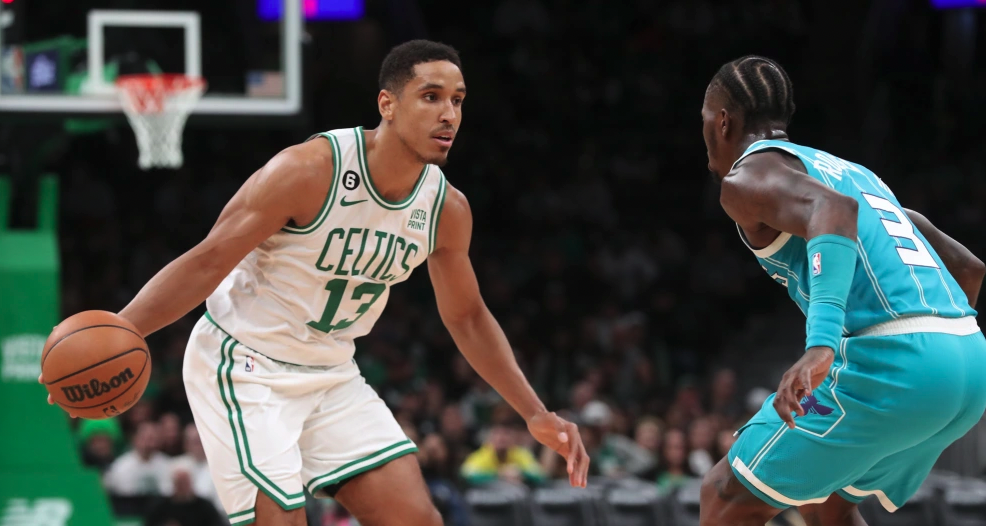 According to a new GM survey on NBA.com Malcolm Brogdon recieved twice as manny votes as anyone else when general managers were asked, "What was the most underrated player acquisition?" Brogdon received 28% of the vote. 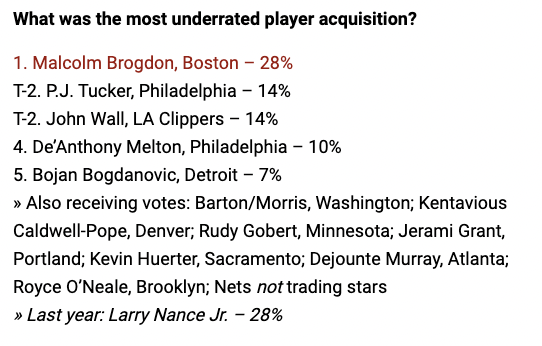 This comes as no surprise since last month a separate poll of NBA coaches and front office personnel voted the Celtics as having the league's best offseason. In this poll, when a similar question of "Which team made the best overall moves this offseason?" was asked the Celtics didn't place in the top 4, but instead in the "Others receiving votes" consolation group.

I highly doubt that has much to do with the Danilo Gallinari season ending injury. More to do with a different group of people voting.

Personally I don'tcare much about predictions. It gives fans something to boast about, but no one hangs banners on predictions. Quite the opposite, players and teams tend to rally around feeling slighted and disrespected. Probably a better thing if the Celtics players who didn't rank where they think they should in these poll answers have that proverbial chip on their shoulders this year to prove the "haters" wrong.