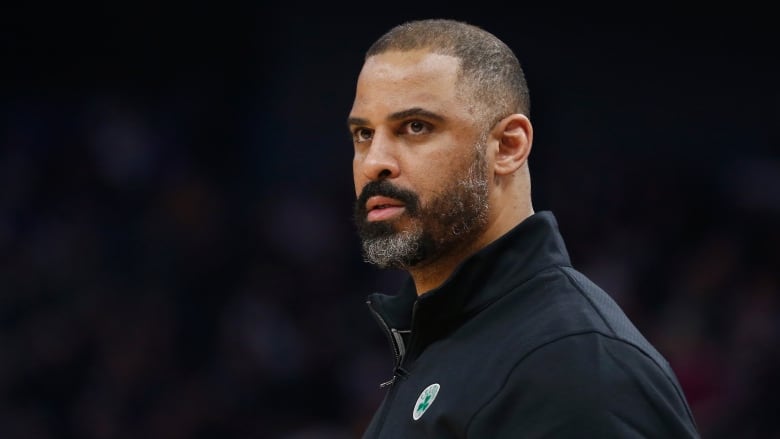 Celtics coach Ime Udoka had an improper intimate and consensual relationship with a female member of the team staff, sources tell @TheAthletic @Stadium. It’s been deemed a violation of franchise’s code of conduct.

Well there you go. As Greg Dickerson wrote, I was expecting the worst and hoping for the best. In no way is this nothing, but it's a lot less bad than I feared. Ime Udoka who is married to actress Nia Long, according to Shams Charania had an affair with a female meneber of the Celtics team staff.

A head coach or famous person cheating on their wife is no shocker of a story in 2022 unfortunately. The issue for the Celtics was who he decided to have the affair with.

Based on this new knowledge, as of 12:54 AM, I'm going to predict the suspension will be for about 15 games and Udoka will return back to the team after that. In the meantime Joe Mazzulla will run the team.

Expect the Celtics to officially comment on this sometime today.

Just so we don't have any confusion on why Udoka is getting suspended.

Senator A and Senator B have an affair. Not cool, but no is getting impeached.

President & intern have an affair. Also not cool, & President is getting impeached.

I’m expecting the worst and hoping for the best….in the end how the PR winds blow will decide his future

I guess I still can't go to bed. Another bomb. This time Woj with the counter attack to Shams last hit.

The whole season? Did Udoka promise her a promotion. Like I know you CAN'T have an affair w/ a person in an inferior position, but whole season? https://t.co/hzCDgsPY0N