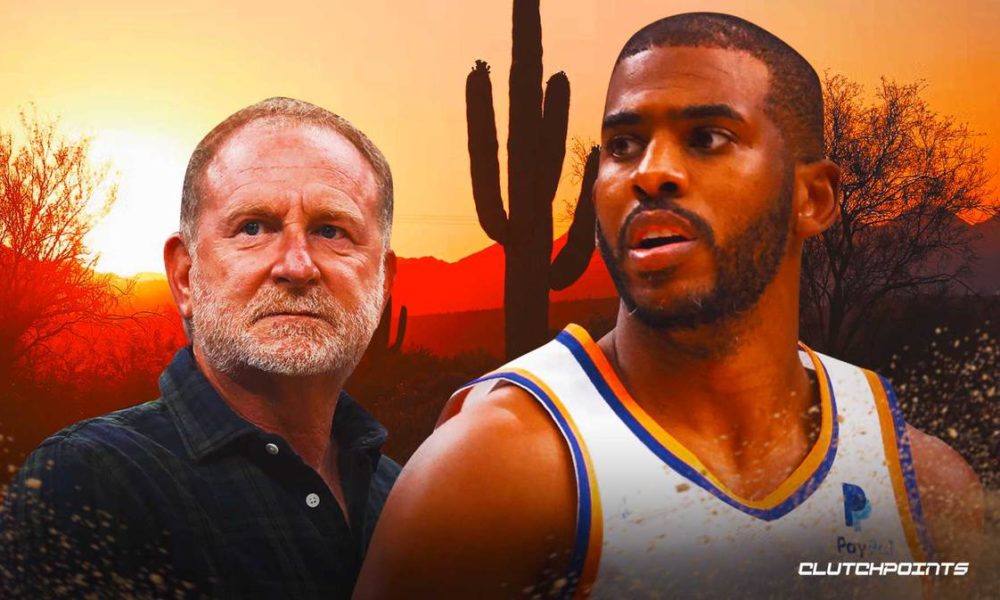 Robert Sarver the long time owner of the Phoenix Suns who was just fined $10 million dollars and suspended for a season has decided that he will pursue a sale of the Phoenix Suns (and WNBA's Mercury team). NBA players wanted a harsher punishment than what he received and more or less wanted him gone as an owner.

Sarver's situation was getting compared to former Clippers' owner Donald Sterling, but I think people need to research how much of a racist scumbag Sterling was for decades. Sterling was really a one of a kind when it came to bad owners.

Phoenix Suns and Mercury owner Robert Sarver announces that he has started the process to sell both franchises.

Sarver always came off as unlikable and no one will be sad to see him go. Suns' fans have long wanted him gone since he was one of the cheaper owners out there. Of course the rub if you're a fan of an opposing team, is that when a bad owner sells a team that makes one of your competitors much tougher.

The fact that the Lakers and Knicks have been run rather incompetently for many years is a good thing for Celtics fans. I for one don't want some Steve Balmer-like owner buying the Knicks from Dolan and turning them around.

Robert Sarver announces he will seek buyers for the Phoenix Suns. With…this…caveat pic.twitter.com/odcSzwTnUC

Due to the Suns being a good team now, but just as important a desirable NBA location (NBA free agents prefer warm weather locations like Southern California, Texas, and Florida), expect Sarver to make billions in the sale. So though he's playing the victim card a bit right now, no need to feel too bad for him. No one is taking his asset from him. He's cashing out at a great time (with the new TV deal coming).

Sure maybe Sarver really did enjoy owning an NBA team, but his spending on salaries never supported that. Also whether he was just repeating what others said or not, you have to be a pretty big moron to think it wasn't an idiotic move to use the n-word on multiple occasions in an industry that is dominated by Black basketball players.

Elon Musk is going to buy the Suns

Sarver probably would have survived if it was "only" the harassment allegations. Pretty sure we've seen other owners bounce back from those (not saying that's ok at all). But the NBA is not a place where racism flies. Even if Sarver isn't a racist in his heart, and he may not be one for all I know, like I said he was an idiot for thinking on repeated occasions that saying the n-word would have no repercussions.

Statement from NBPA President CJ McCollum on Robert Sarver selling the Suns: “We thank Mr. Sarver for making a swift decision that was in the best interest of our sports community.”

I'm not into cancel culture and I do believe that people should be forgiven, but no one is going to shed any tears about Sarver leaving the NBA. That's a fight that he would be fighting alone. Pretty sure he was at least self aware of that and made the proactive move to get ahead of things and say he is pursuing a sale, before the NBA started to really pressure him to do so.

PayPal had already said they wouldn't renew their jersey sponsorship if he remained owner. And I could have seen Nike putting some pressure on Sarver and the NBA in the future (not to say that Nike doesn't have their own shit). Are we living in a "current unforgiving climate" as Sarver refers to it as? Yes. But is Robert Sarver the person people want to defend as a "poor guy who deserves another chance"? Good luck finding people to sign up for that. When you're pretty universally disliked, you tend not to be the one people choose to go out of their way to fight for.

Suns statement: "We agree that Robert Sarver’s decision to sell the Suns and Mercury is in the best interest of the organization and community."