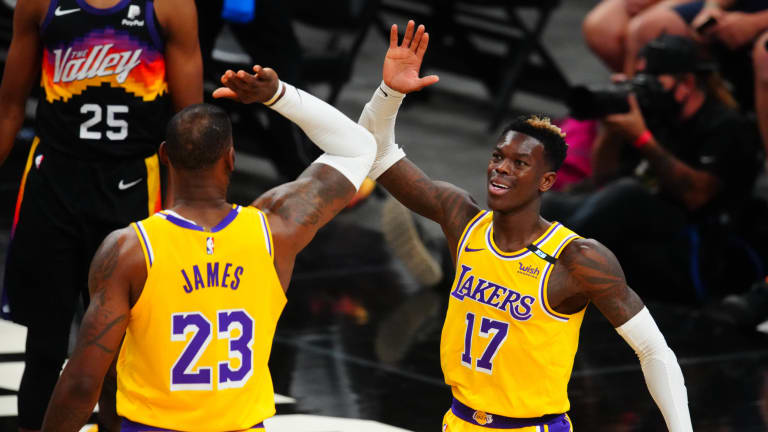 Schroder has made the playoffs in seven of his nine NBA seasons – including 2020-21 Lakers stint – and brings additional guard depth and competitiveness. The 28-year-old has had impressive semifinals run for Germany at EuroBasket, averaging 21.6 points and 7.3 assists. https://t.co/SIN6gcUdP8

The Lakers have added yet another point guard to their roster in former Laker (and Celtics guard) Dennis Schroder. According to Shams Charania the deal is for one year at $2.64 million, so quite a solid get for Los Angeles.

While the whole Celtics team struggled to begin the 2021-22 season, it's been quite the revisionist history narrative that the team turned things around after trading Dennis Schroder, Josh Richardson, Romeo Langford, Enes Freedom, and first round draft compensation for Derrick White and Daniel Theis. The truth is the Celtics had won 9 out of their previous 10 games prior to Spurs and Rockets deals and that's why Stevens decided to become a buyer and not a seller.

Yes, Schroder was not an ideal fit next to Marcus Smart, but that was also more on rookie coach Ime Udoka for playing them together. When the Celtics struggled at times during these past playoffs to score baskets, the former 6th Man of the Year Schroder could have helped. Schroder was one of the contracts traded in the Theis deal so that the Celtics ownership group could avoid the luxury tax.

When Boston fell short to a Golden State Warriors team that not only paid luxury tax, but led the league there, Boston's failure to do so was magnified. (Another option would have been to use a TPE to take back White's contract, which would have enabled Boston to retain Josh Richardson if they were willing to pay the tax of course).

After tasting the Finals the Celtics have somewhat decided to invest more in winning this coming season. They traded for Malcolm Brogdon, which will almost assuredly put the Celtics in the tax this season, but then allowed the Evan Fournier $17 million TPE to expire unused. So more or less, the Celtics are willing to pay some tax, but not willing to go too far into it like some other teams.

In recent conversations with the Jazz, the Lakers have targeted Bojan Bogdanovic, Jordan Clarkson and Malik Beasley, sources tell @sam_amick and @jovanbuha.

But a trade remains unlikely, and it has everything to do with the future.https://t.co/Mbk8k22NgY pic.twitter.com/et1ziAGHsj

The Lakers who recently also traded for point guard Patrick Beverley will now likely trade Russell Westbrook before opening night. The current leaders to acquire his massive expiring contract are the Pacers and the Jazz.