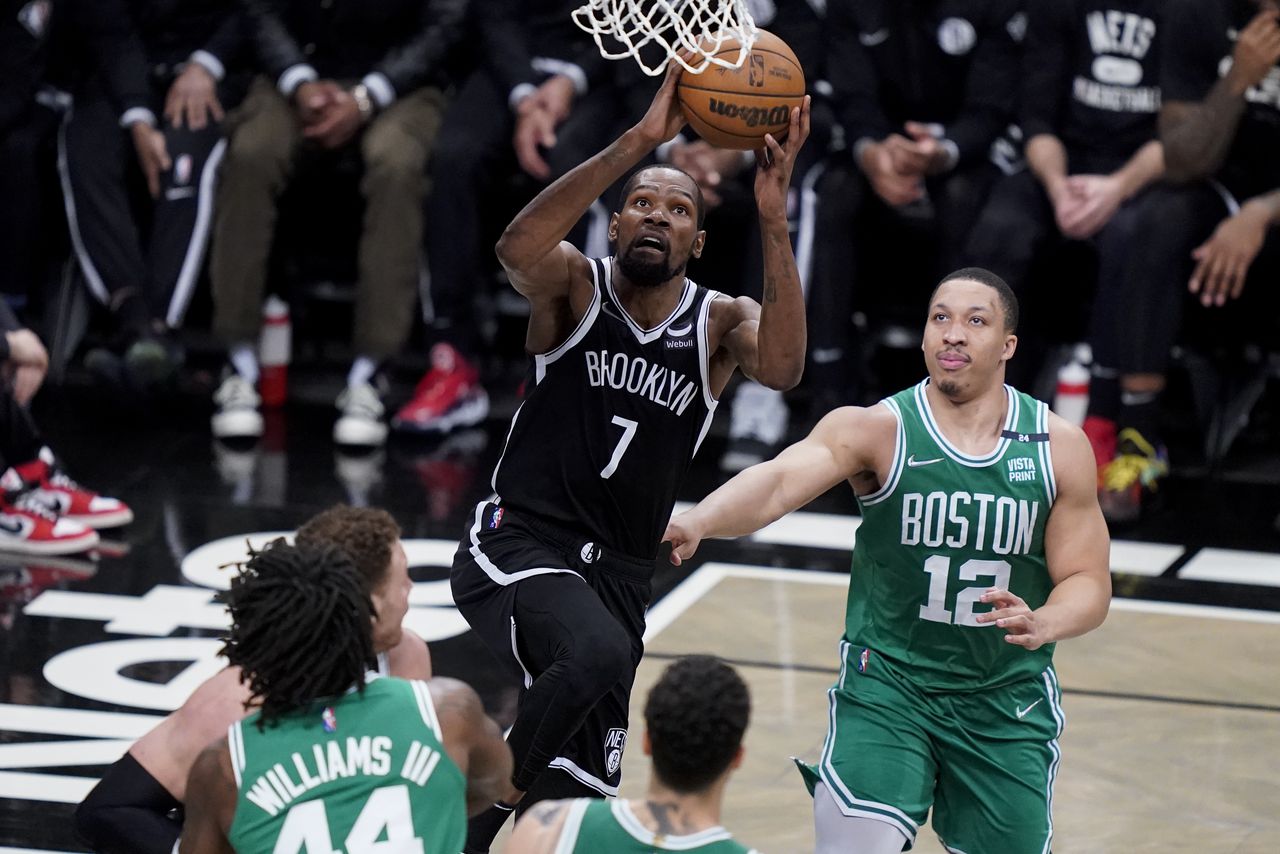 Another day, another Kevin Durant rumor (update, whatever you want to call it). Yesterday there was a nonsense rumor that Kevin Durant was willing to retire before he played another game with the Brooklyn Nets, the team he hand picked in 2019. Durant's camp immediately refuted that. He's not giving up 100's of millions of dollars.

Now today Sam Amick of the Athletic is reporting that league executives have the Boston Celtics as the "unofficial frontrunner" to trade for Kevin Durant.

“Among the executives with whom I spoke, a Boston deal with Jaylen Brown as the centerpiece appears to be the unofficial front-runner here.”

Amick called Jaylen Brown the baseline for any team's offer. The Nets previously turned down an offer of Jaylen Brown, Derrick White, and a 1st round pick for Kevin Durant. They countered with ridiculous proposals, but they aren't going to now trade Durant for less than that offer. Personally I wish Stevens hadn't thrown in the extras of a first rounder and Derrick White (who he just gave up a 1st rounder and an additional first round pick swap for).

I think that offer was more than fair to the Nets and now I'm concerned the compromise deal will be something like Jaylen, White, Grant Williams, and two first rounders, which I find to be a gross overpay.

The reason why the Celtics are the frontrunner is because as of this moment no team has offered a great centerpiece to a deal. No team has offered the Nets anyone of Jaylen Brown's caliber. The Miami Heat offered Tyler Herro. The Suns presumably offered DeAndre Ayton in a sign-and-trade before he signed an offer sheet with the Pacers (He is now ineligible to be traded until 2023).

So until/unless the Heat decide to part with Jimmy Butler or Bam Adebayo or the New Orleans Pelicans are willing to include Brandon Ingram (or Zion Williamson) Boston will remain the most likely home for Kevin Durant this coming season.

“If you’re still trying to discuss a Durant deal without putting your second-best talent on the table, then just stop wasting everyone’s time and bow out of this race.”

In my opinion I don't think the Pelicans will change their mind and trade Ingram, so it comes down to the Celtics and Heat if Miami budges on either Jimmy Butler or more likely Adebayo. The 76ers will offer Tyrese Maxey and Tobias Harris (and his contract), but that doesn't trump the Celtics initial Jaylen Brown offer.

So as much as it pains me to write this, I feel like we are just counting the days right now until a likely Jaylen Brown plus way too much for Kevin Durant trade to be announced. There's one kind of conspiracy theory I came up with though where the Celtics and Nets are in cahoots to get the Heat to give up more for Durant and both sides are just pretending that Jaylen Brown was offered. No one wants to play a Heat team with Jimmy Butler, Bam Adebayo, and Kevin Durant. Not the Celtics. Not the Nets. No one.

But I put this conspiracy theory as having a very slim chance of being true, because A. I don't think Brad Stevens is that sneaky or conniving. And B. it would be extremely difficult to keep a secret in the era of the NBA where everything is leaked.