The seesaw series continued Monday night. This time around it was Jimmy Butler and the Heat's turn to drop a stink bomb. Jayson Tatum bounced back from a brutal Game 3 to lead the Celtics to a 102-82 win. Derrick White started for the injured Marcus Smart and was the key to Boston's quick start. Robert Williams also returned and was the krytonite needed to slow down Bam Adebayo after his stellar Game 3.

With Butler struggling and Tyler Herro out for the game with a groin injury, the Celtics defense was just too much for the Heat in Game 4. The Heat's starting line-up was held to only 18 points total for the whole game (I'm assuming this is a record) and only made 6 field goals. The series will shift back to Miami for Game 5 on Wednesday night.

Very excited about this performance tonight, BUT if u think the Heat are necessary done for in the series, u haven’t been paying attention to NBA & Celtics basketball. Feel like teams that get blown out in a playoff series game have a pretty solid record the next game.

Miami Heat starters have 18 points, the fewest by a team's starters in a playoff game since 1970-1971 pic.twitter.com/Plr8Fra5r1

Ime Udoka says of Derrick White, "He checks so many boxes for us." He says the way our starting lineup operates doesn't change much when White is asked to spot-start.

So, now we wait to see who’s available on both sides for a critical Game 5 in 45 hours. Celtics await news on Smart and Robert Williams, while Heat await news on Herro (and who knows who else). 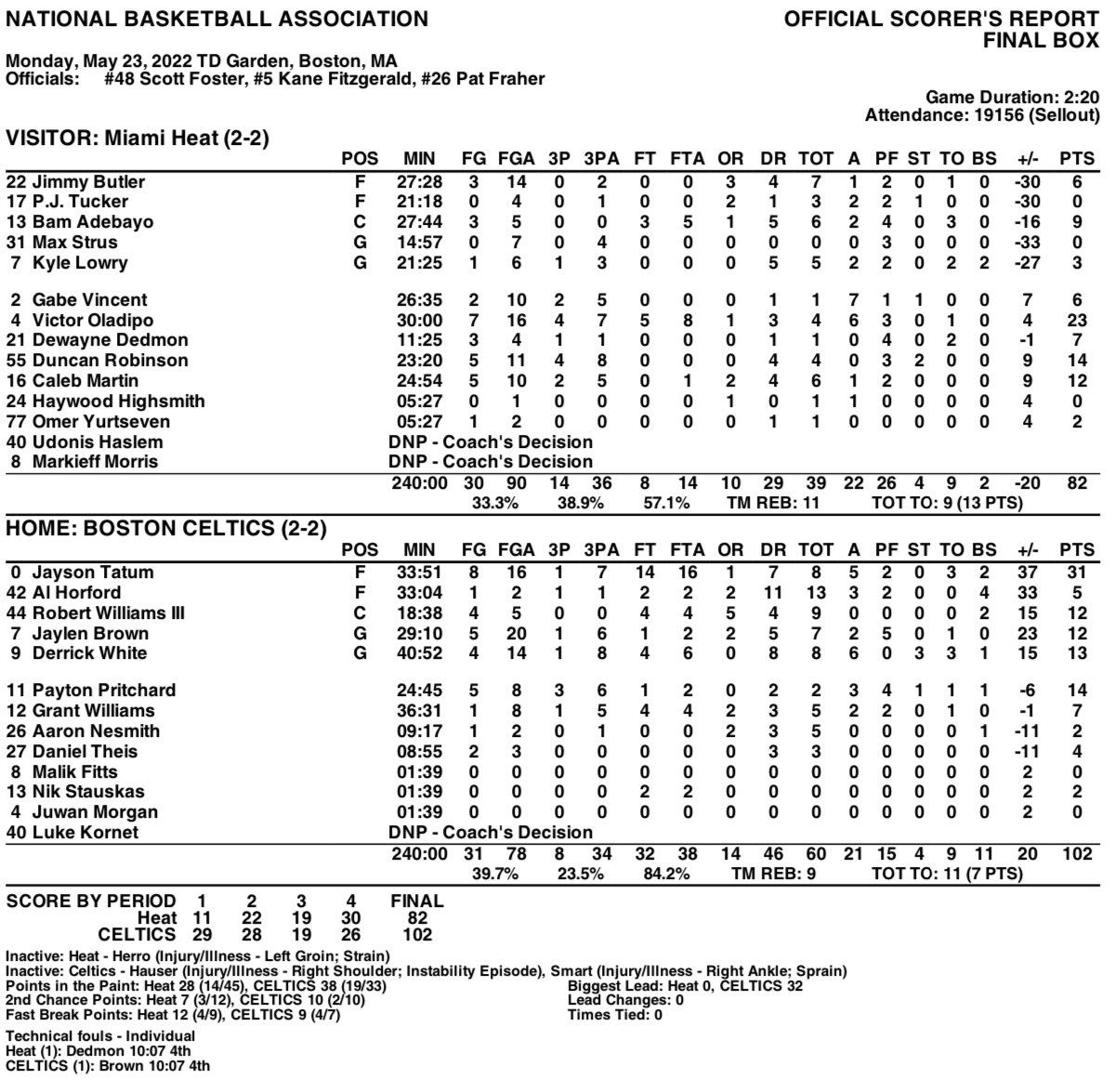 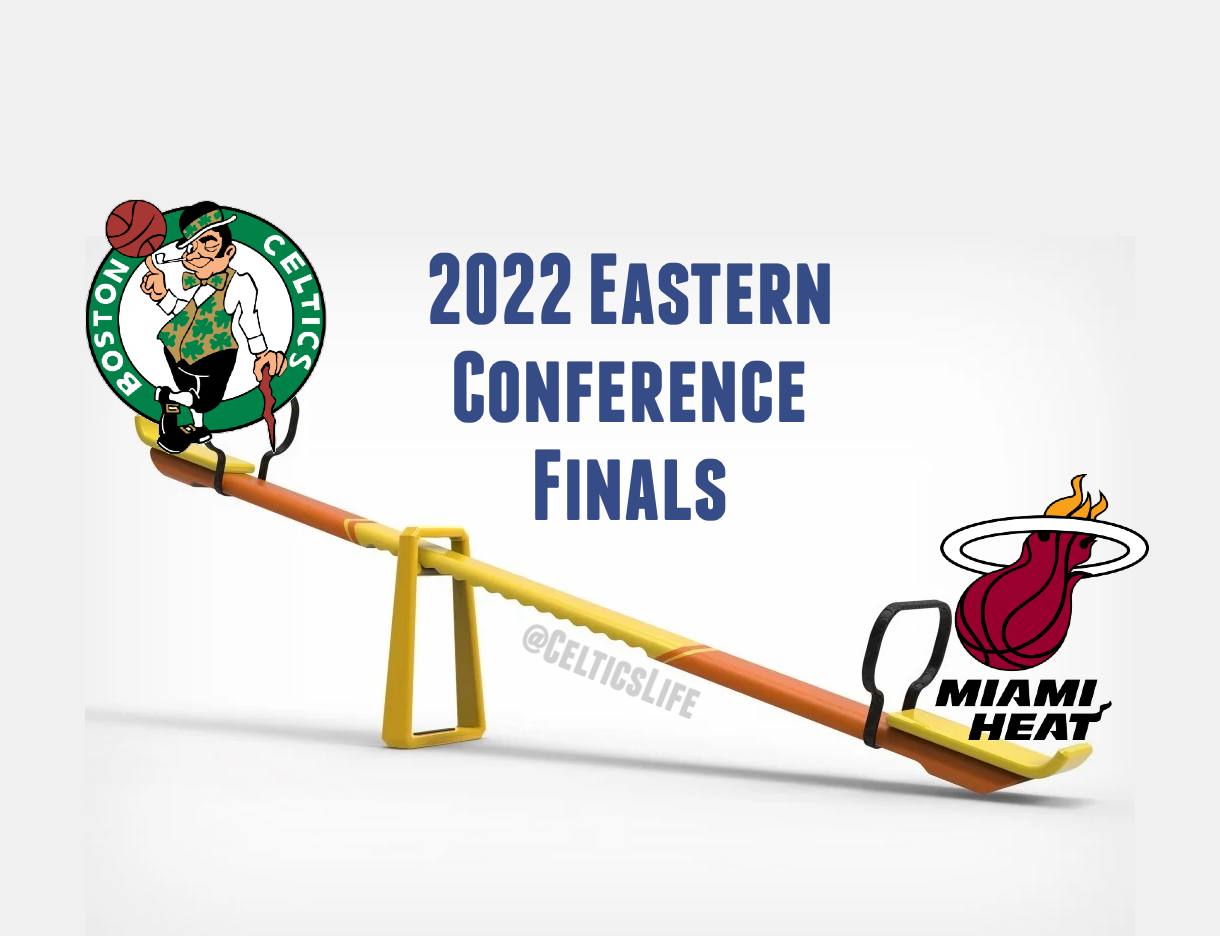