Should the Celtics counter Bucks' size by going small? 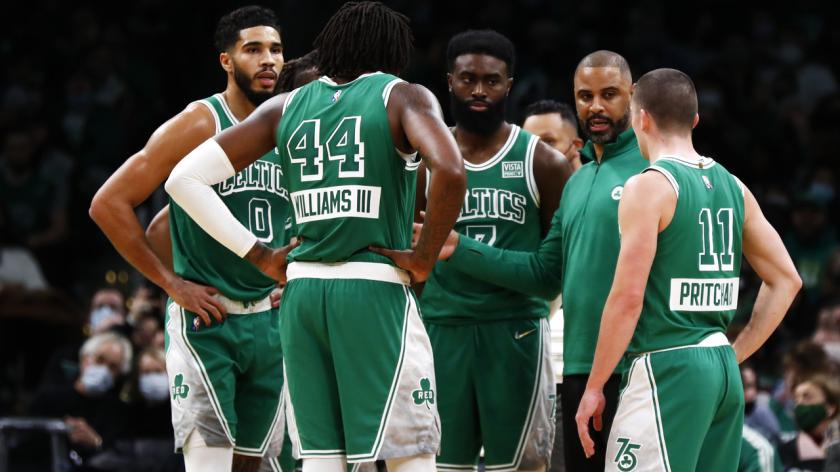 There are a few trains of thought when dealing with an unexpected obstacle in sports. In the Celtics case, it's the Bucks' length and size that gave Boston fits in Game 1. The Celtics set a franchise record of futility by only hitting on ten 2-point shots the whole game. Boston already starts two bigs in an NBA era where most teams only play one at a time, so trying to go bigger isn't an option. And in my opinion, even if it was, it would be a poor one.

A second option is to keep doing what you've been doing and hope that Game 1 was an outlier. But a third option might be to make the Bucks be the team that has to adjust and go smaller. The reason the Bucks are able to play just a big front court is because Boston plays two bigs at a time. But if the Celtics go smaller, all of a sudden Brook Lopez becomes a defensive liability for Milwaukee.

Now one issue for Boston is that their roster doesn't have the best options for going small. Udoka doesn't have a James Posey to put in for a Kendrick Perkins. Shoot he doesn't even a Jabari Parker left on the roster to throw out there. But this is the modern NBA, and you don't really need to play a 4 or stretch 4.

Brad Stevens gave up a lot in the Derrick White trade. He should be able to give Udoka more than 16 minutes like he did in Game 1. And Payton Pritchard and his shooting is capable of more than the 11 he played.

You get Lopez off the court and all of a sudden your success ratio on drives to the hoop will increase. And as you regain that as an option, them you'll see more open looks on the perimeter.

I expect Al Horford and Robert Williams to both start Game 2 tonight, but staggering their minutes and giving some of the bigs' minutes to guards might be a solid strategy for Udoka to employ. Make Milwaukee adjust to us.