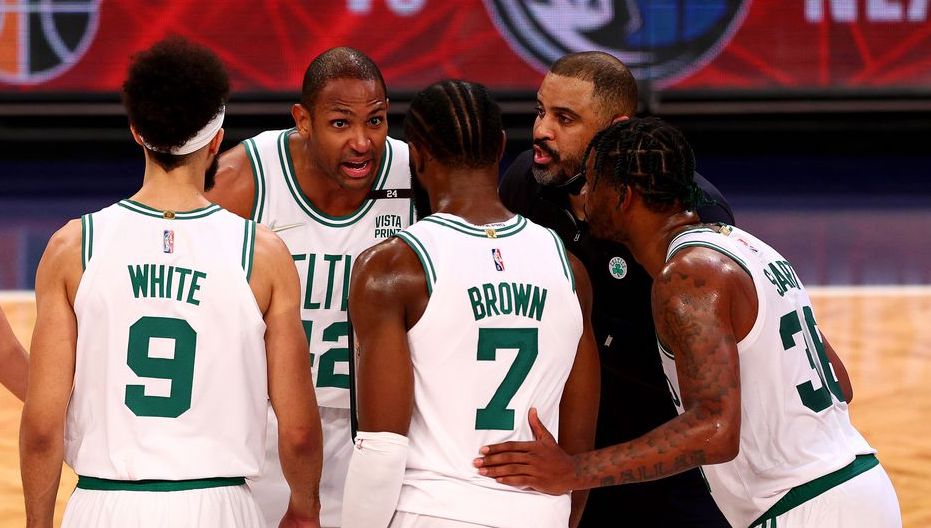 The Celtics will have their hands full tonight as they try to even up the Eastern Conference Finals series short handed. Derrick's White's wife was going to be induced on an off day this Sunday, but the couple's first child had other plans, so the Celtics really need Marcus Smart to be able to play tonight.

While the Celtics trading Dennis Schroder forced Ime Udoka into better rotations and playing Payton Pritchard, Boston could really use more depth right about now. The Spurs wanted the first round picks for White and the Rockets wanted to move Theis' contract, so Schroder or Josh Richardson could still be Celtics (with White and Theis also on the team) if not for ownership's desire to avoid the luxury tax.

It's also why Juancho Hernangomez and then Bol Bol and PJ Dozier were all traded not for capable players, but to cut salary. The Celtics have a championship roster if everyone is healthy. Their depth can not handle two key players out. For all intents and purposes I view the Celtics roster as only having 10 players and the 10th, Aaron Nesmith, the jury is still out on. After him the rest of the roster is hot garbage.

All that said, it's the NBA, and anyone can win a game. Just look at what the Grizzlies did this season in the games that Ja Morant missed, so Jayson Tatum, Jaylen Brown, and the crew need to pull this out tonight.

Marcus Smart will test his foot pregame but is still probable.

Congrats new daddy @Dwhite921! We'll miss you in tonight's #ECF but happy for you and your new life blessing! ☘️ @celtics @celticslife pic.twitter.com/tJJa8x82et

Al Horford needs negative PCR tests yesterday and today to clear protocols for Game 2, so the possibility he might be available tonight means a) he returned a negative test yesterday or b) the Celtics have also yet to receive yesterday’s results.