Playing the Bucks was a different world for the Celtics today then what they saw in Round 1 versus the Nets. The Bucks length on defense frustrated the Celtics and Boston was forced to take their game to the perimeter, which as we know can sometimes end up very poorly. In fact the Celtics set a team record (a negative one) by only hitting on ten 2 pointers in the game. The Bucks length also helped lead to too many Boston turnovers. Overall it was quite a disappointing start to the series.

Boston's star duo of Jayson Tatum and Jaylen Brown both shot poorly and combined for a pedestrian 33 points. Milwaukee, playing without Khris Middleton, was led by Giannis Antetokounmpo and Jrue Holiday. Giannis finished with a triple double and Jrue has a game high 25 points, 9 rebounds, 5 assists, and 3 steals.

Milwaukee looked very much like a defending champion team and Ime Udoka and Boston will have to make adjustments for Game 2 on Tuesday. You don't want to go down 2-0 in a series, especially when the first two games were in your building.

Ime Udoka: "The adjustment is obviously playing against their physicality."

Said the Celtics can put their ball handlers into different situations to help alleviate the pressure.

Ime Udoka update on Marcus Smart: "He took a few hits, I think the quad bothered him more than the shoulder but he's going to play through a lot." pic.twitter.com/eXV6yzU4LB

Jayson Tatum on Jaylen Brown's struggles: "I mean, shit, we all had a rough night." 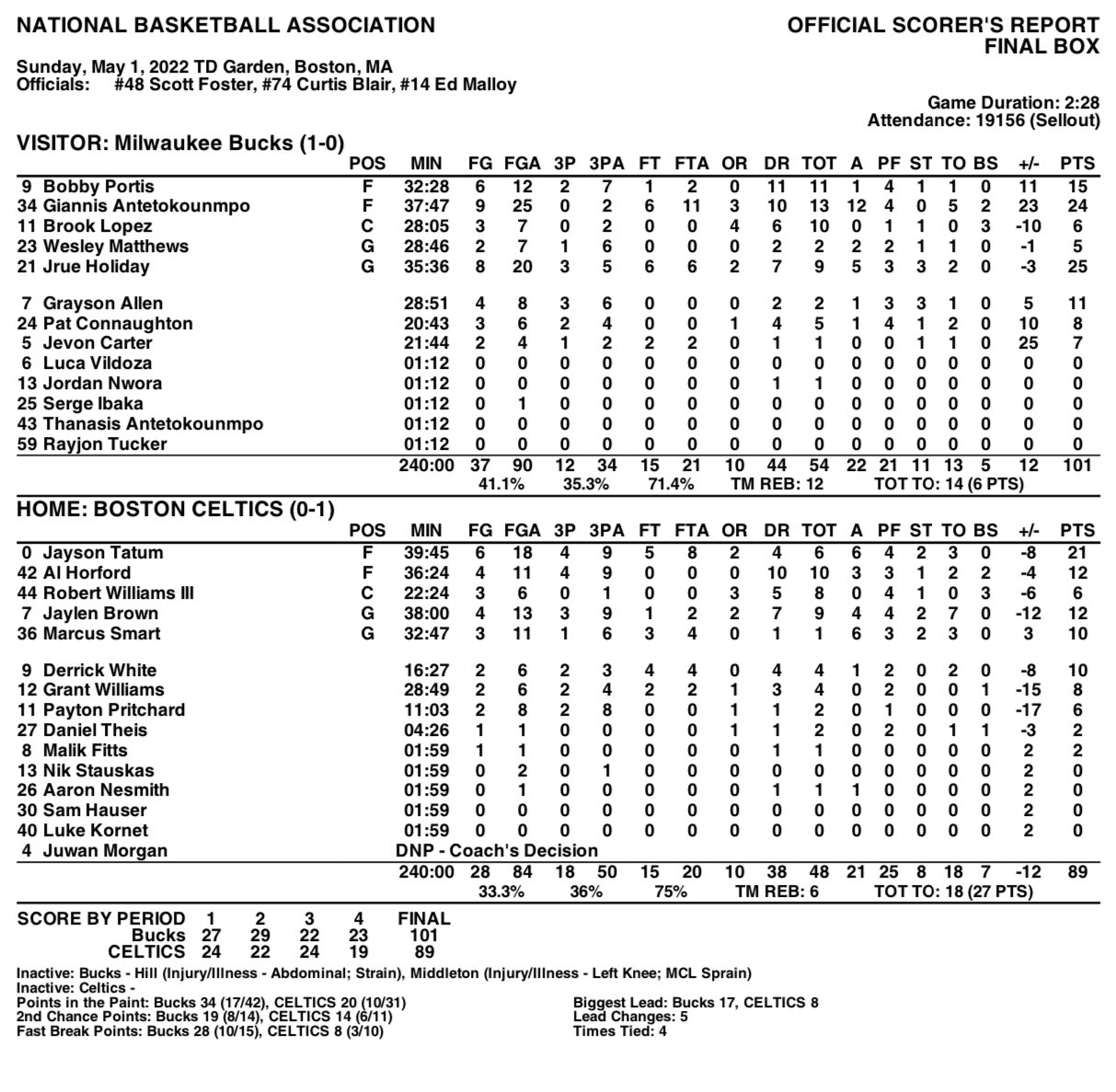