Video: Celtics vs Nets in Round 1 it is as Brooklyn defeats Cleveland in play-in tournament

Kevin Durant came back just in time to save the Brooklyn Nets season from going off the rails completely, similar to LeBron James' Lakers in L.A. And as much as we can't stand Kyrie Irving, he can make a very solid #2 on a team that employs one of the league's best as their #1.

Irving shot the lights out (34 points and 12 assists) and Durant added 25 and 11 of his own as the Nets defeated the Cavs 115 to 108 Tuesday night. With the win, the Nets will take on the Celtics in a best of seven first round series, kicking off with Games 1 and 2 in Boston. The Cavs will get a second chance to make the playoffs on Friday when they play for the 8th seed. 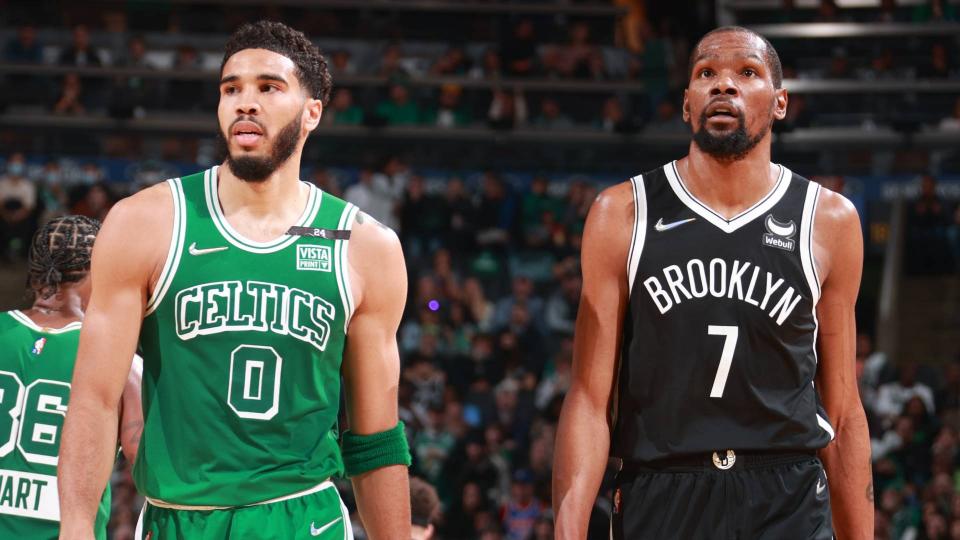