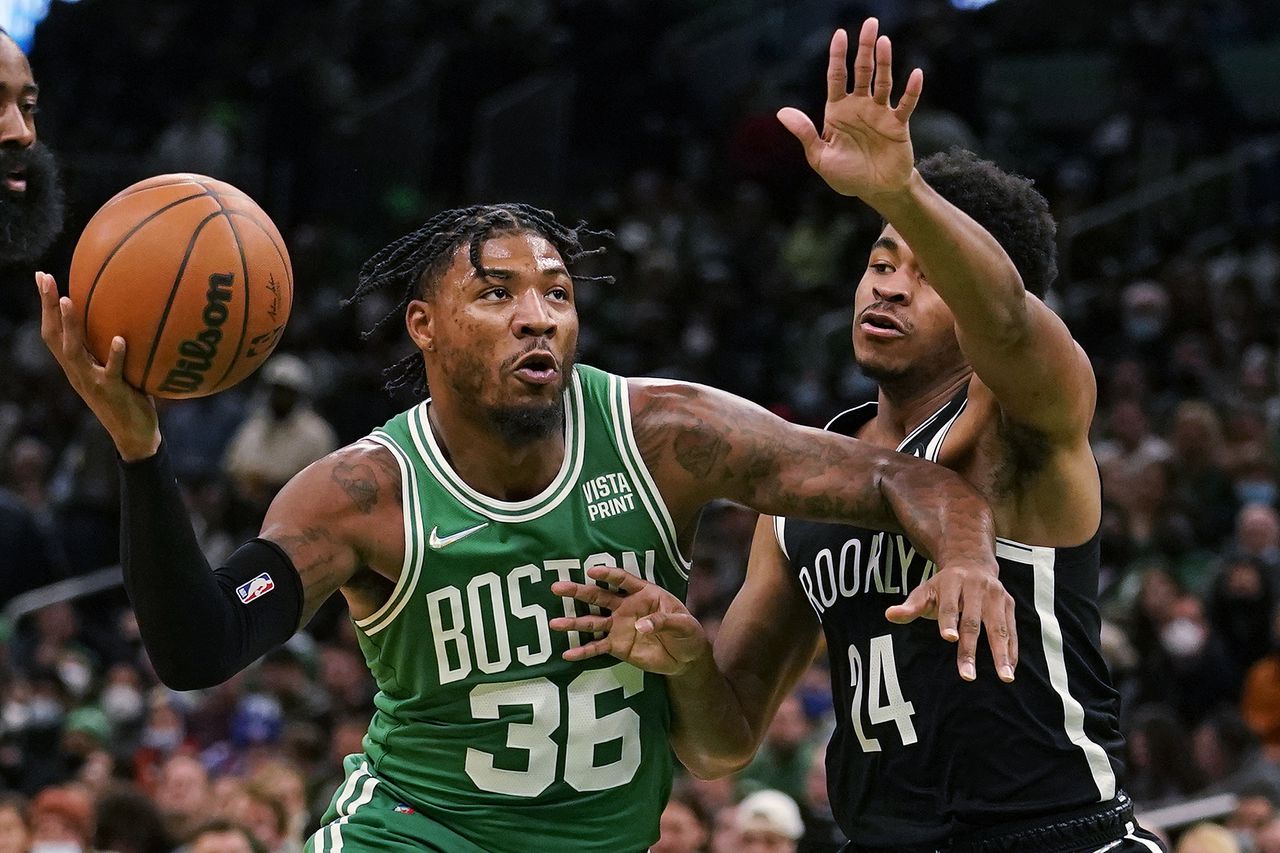 In Game One of this Celts-Nets playoff re-match, Coach Udoka’s boys attempted twice as many FG’s “In the Paint” as did the visitors (50-25). But that differential in “Paint Attempts” dwindled to 33-27 in Game Two, then disappeared entirely (36-36) last night … by contrast, Boston has launched nine or 10 more three-pointers per-game than have their opponents.
Through three games, Steve Nash’s crew has attempted 43 more shots from “Mid-Range” (i.e. neither “In the Paint” nor “Behind the Arc”) … which means they’re taking three or four more of the “sabermetrically inefficient” shots than our Men in Green EVERY QUARTER.
And even last night in Game Three when they limited themselves to just a dozen (six-for-twelve), they couldn’t get the job done.
Maybe what we’re seeing in this series is the difference between a team that seems to have found its identity and one still in search of its – can you spell Ben Simmons?
Abacus Revelation for the Road
Over their 82 games, 45.2% of the Celtics’ FGA’s were “In the Paint” and another 42.5% were treys … ergo, about one of eight shots (12.4%) emanated from the Mid-Range.
Opponents were also 45.2% “In the Paint,” but 39.6% with treys and 15.2% in the middle.