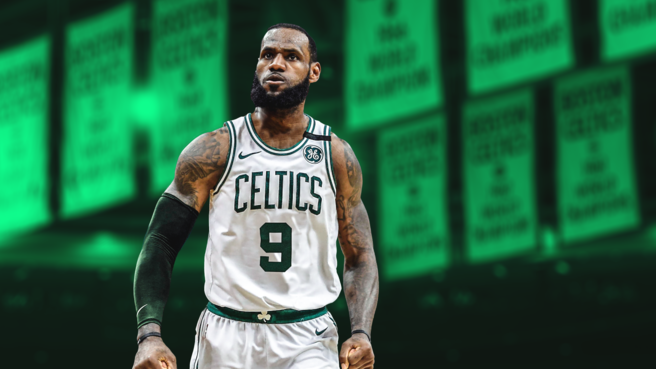 LeBron James has said when his son Bronny joins the NBA, they will be teammates. Add in the fact that the current Lakers are a dumpster fire aboard a sinking ship (and the ocean waves won't even diminish the flames) and there would be no shock in NBA circles if LeBron didn't finish out his career in L.A.

I mean LeBron left Cleveland, and then Miami, and then Cleveland again, so it's not like he has a loyalty to the Lakers. And today comes the news that LeBron's son Bronny's two favorite NBA players are Jayson Tatum and Payton Pritchard and the young prospect hopes to play for the Celtics. Piggybacking that report is the text leak where LeBron says he'll join the Celtics first to expedite the family reunion.

LeBron is already part owner of the Boston Red Sox due him buying into the Fenway Group and he has spoken affectionately about Boston fans on many occasions. According to James' inner circle he likes the idea of finishing his career by playing for the two winningest franchises in NBA history.

And if you need even more smoke or sources, just check the calendar.