A Few Key (?) Numbers from an Exciting C’s Game 1 Triumph 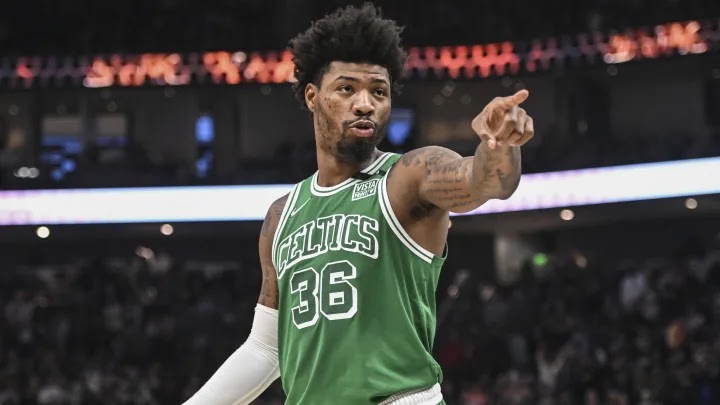 The Down-to-the-Wire, Nail-Biter element of Boston’s Game 1 triumph shows clearly in the Game Stats:
Each side recorded 42 successful Field Goals, each squad was exactly 19-for-24 from the foul line (in a game where there seemed to be an awful lot of whistles), and the one-point differential can be found in the Celtics’ 12-11 edge in treys.
Steve Nash’s crew shot a nifty 64% “in the Paint” (16-for-25) … but the C’s walloped them by TWENTY-FOUR points in Hubie Brown’s infamous “painted area,” taking exactly twice as many shots from thereabouts.
Indeed, the Nets outshot the “good guys” overall .538 - .472 – but including “significant” offensive team rebounds, the Celts scrapped their way to 18 “second chance opportunities” compared to Brooklyn’s seven … just enough to give yourself a chance to win.
Take a bow, boys ... particularly Marcus Smart whose performance Sunday was nothing short of magnificent, a virtual clinic on “savvy.”

Abacus Revelation for the Road
I’m not sure exactly what this means, particularly in today’s NBA, but …
The Nets shot 42-for-78 overall, 11-for-24 on three-pointers; add in the afore-mentioned “Paint” numbers, and Brooklyn took 29 shots from the dreaded “Mid-range” (i.e. not “in the Paint” or a three-pointer), making 15.
By comparison, the Celtics were TWO-FOR-SIX on the day from that Mid-range.
Hmmmm.