Another game, another blowout win for the Boston Celtics. Jayson Tatum and Jaylen Brown both scored in the 30's as the Celtics cruised to a 126 to 97 win over the Kings Friday night.

With the win, the Celtics improve to 43 and 28 on the season. They have now won twenty of their last twenty-four games. The Celtics will conclude their four game road trip on with stops in Denver and Oklamhoma City on Sunday and Monday nights respectively.

Another four steals tonight for @smart_MS3. He has 11 steals over his last four games, which is tied for the NBA's top mark. He's tied for third in the NBA among qualified players in steals per game at 1.8 per game.

Stop with the big man BS and put Smart into the #DPOY convo! pic.twitter.com/Uyb8w21GJi

Payton Pritchard has made the 2nd-most 3-pointers on the Celtics over the past 10 games, and at a 46.3% clip.

"We really try to get after it on the defensive end of the ball, we been doing it all season" @FCHWPO talks with @tvabby after the Celtics hold another opponent under 100 points 🔐 pic.twitter.com/IQVduEYfDI

Jayson Tatum on Ime Udoka: "He's done a great job... as a first year head coach in Boston with expectations and the rocky start we had... as a coach in general that would of been tough but especially in your first year" pic.twitter.com/Fbq3KXp8G6 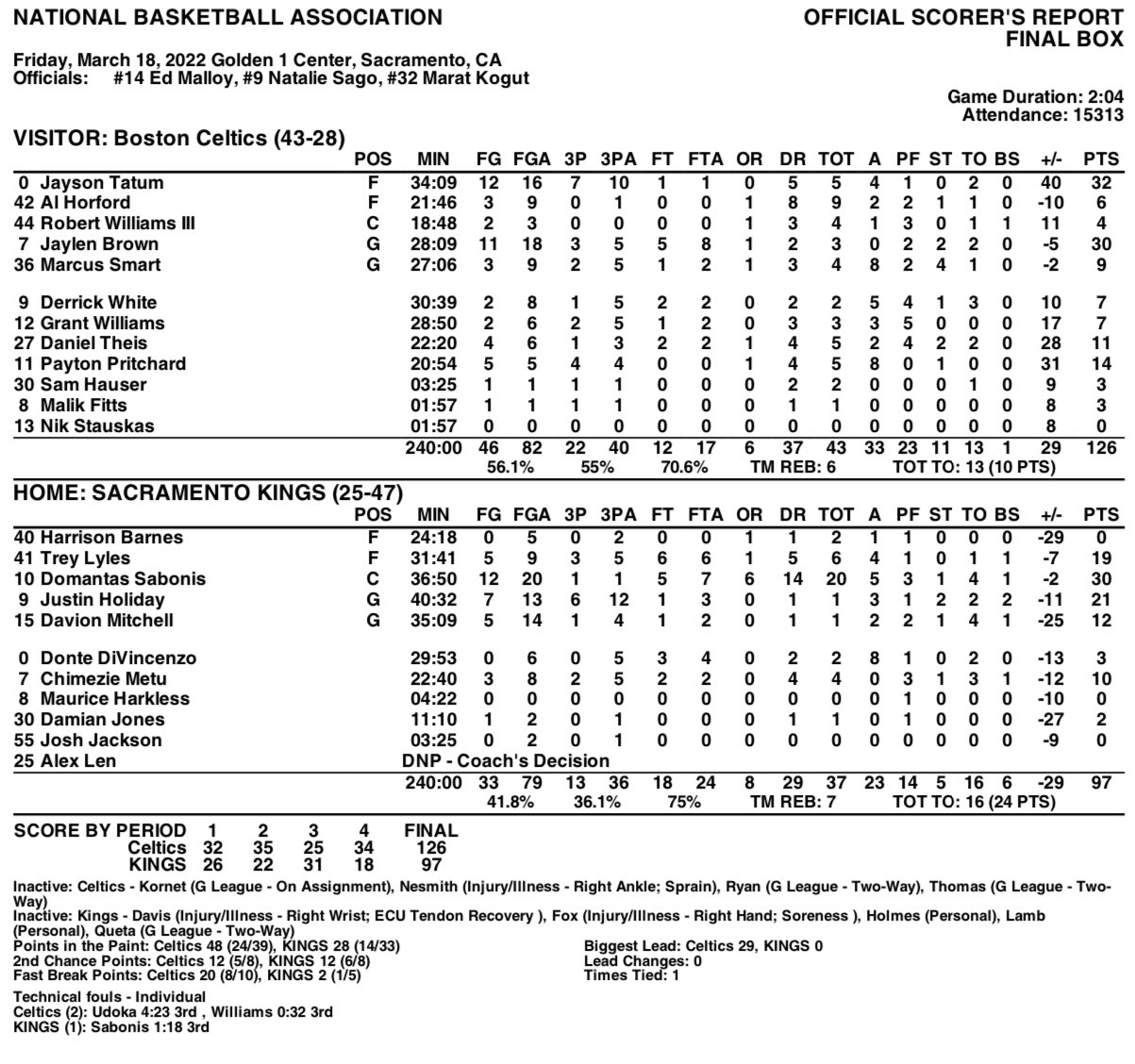