Jayson Tatum and Jaylen Brown each scored 26 points and Marcus Smart added 20 of his own (to go with his 8 assists) as the Boston Celtics impressively defeated the Golden State Warriors 110 to 88 Wednesday night in San Francisco.

The blow-out win to kick off the Celtics four game road trip improves their record on the season to 42-28. They also stay in the green on the road with a strong 18-16 record away from Boston. The Celtics now move into 4th place in the Eastern Conference, their highest position of the season. They are now only 1.5 games behind the 2nd place Milwaukee Bucks (4 behind the 1st place Miami Heat). What the Celtics have accomplished in 2022 is rather remarkable, especially considering the 2021 months to this season.

Warriors superstar Steph Curry left the game during the 2nd quarter when he got injured fighting for a loose ball with Marcus Smart. Jordan Poole led the way for the Warriors with a game high 29 points in the losing effort.

Jaylen Brown and Kanye West chat it up prior to Celtics blow out win over Warriors https://t.co/4VAevQxodD pic.twitter.com/1f9Dh3WCWx

Jaylen Brown on Marcus Smart dive: "It wasn't anything dirty...that's just what Smart does."

Jaylen Brown: “We want to be the aggressor, and that’s what we did tonight.”

Ime Udoka had no problem with Marcus Smart talking it out with Steve Kerr: "If a coach is going to talk to them, they are grown men. They can talk back. And so not really worried about that, but to his credit, he kept his composure." 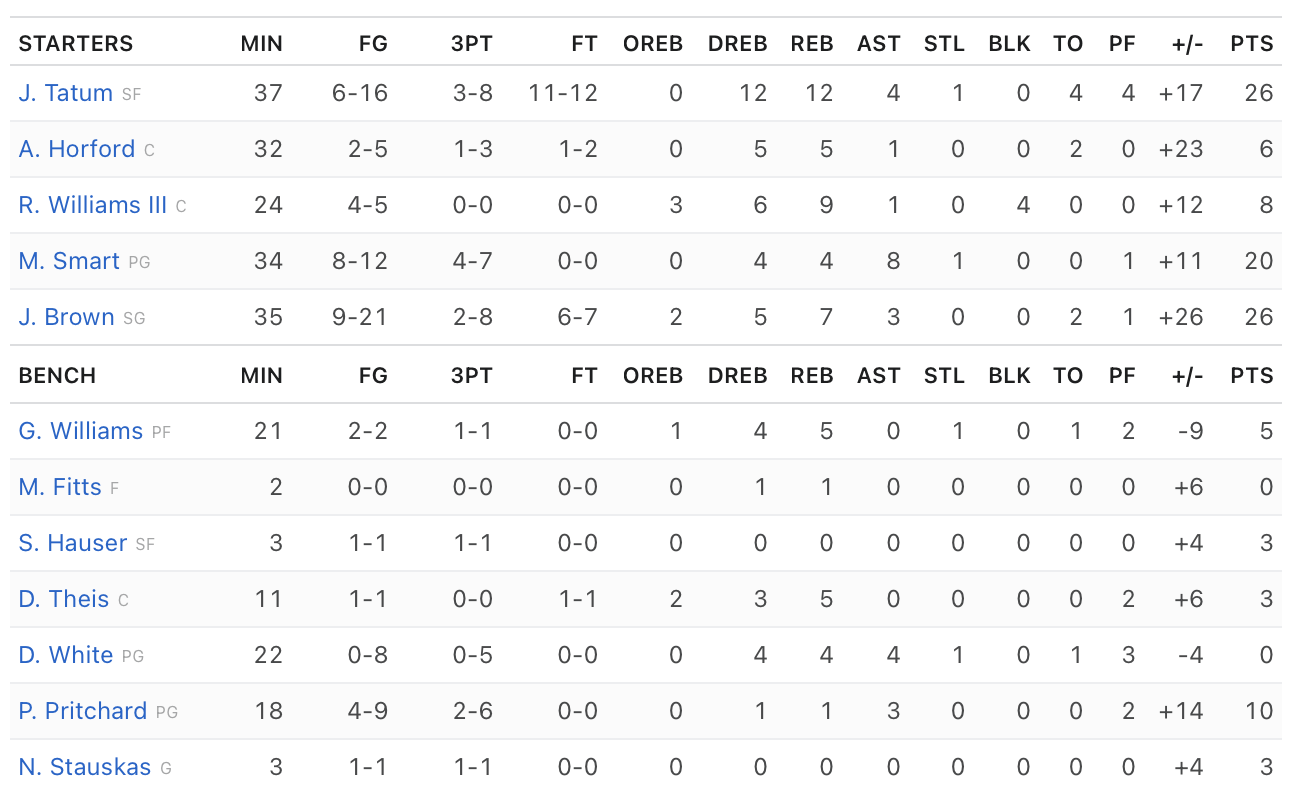