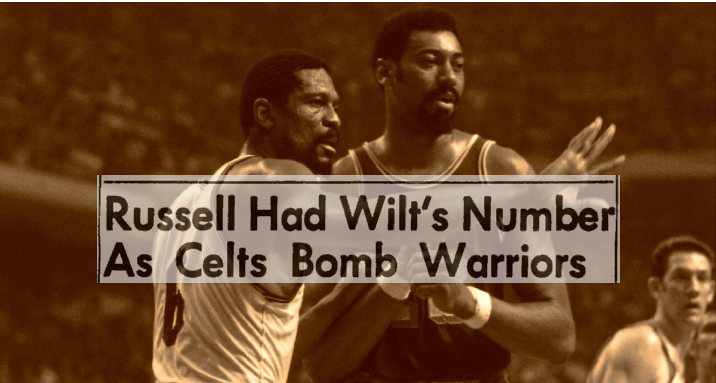 There’s an old tale from Boston Celtic lore – veracity perhaps a bit dubious – that goes something like this.

When asked once too often to compare the value of Russell vs. Chamberlain, Red Auerbach quipped that if they were choosing sides for a crucial game, he’d make the other coach pick first just so he could tell the guy he got “stuck with” that he’d been passed over.

Sixty years ago on this date, Bill Russell’s Boston Celtics faced the Philadelphia Warriors for the first time since Big Wilt had lit up the New York Knicks for an even 100 points in a game five nights earlier. 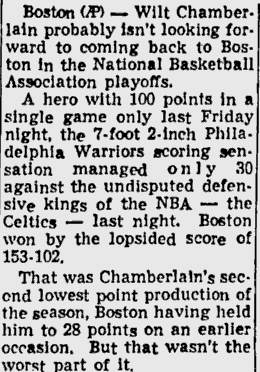 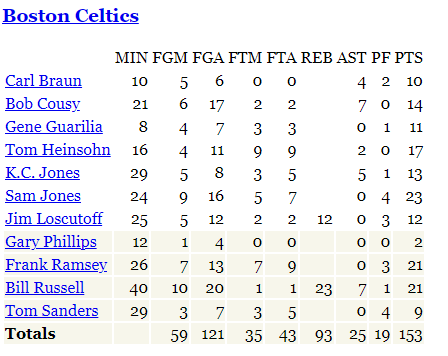 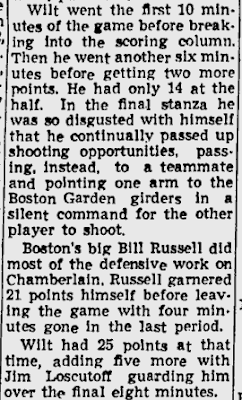 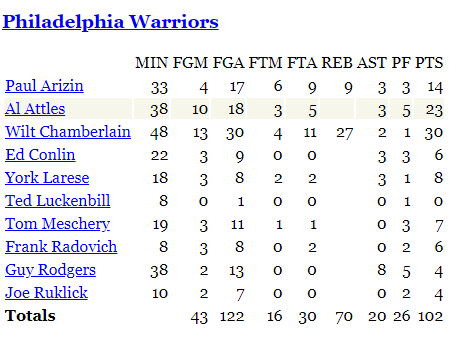