Congrats to our very own Boston Celtics forward Jayson Tatum who has been chosen to take Kevin Durant's starting spot in the 2022 NBA All-Star Game. Durant will be unable to play as he recovers from his injury. 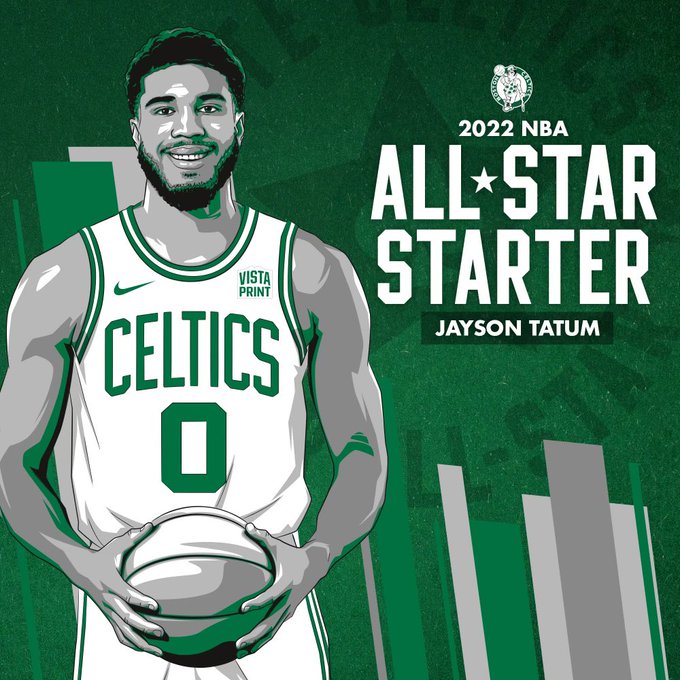 We speculated that this was a distinct possibilty 10 days ago when the final All-Star Gamr voting returns came in and Durant wasn't voted a starter: NBA All-Star Game starters announced; Could Tatum start for the injured Durant? The Celtics have proceeded to go on a 5 game win streak and Tatum does end up getting his well deserved starting spot.

Boston Celtics forward Jayson Tatum, who was selected as an All-Star reserve, will now replace Durant as a starter.

In other All-Star Game news, unfortunately Tatum's teammate Jaylen Brown was not named as a replacement to the All-Star Game roster today. Lamelo Ball and Dejounte Murray will replace the injured Kevin Durant and Draymond Green respectively.